Steve McIntyre has done it again and exposed Andrew Dessler of the Texas Agricultural & Mechanical University as yet another cherry-picking data-hiding climate 'scientist' in his rushed-to-press 'rebuttal' of Dr. Roy Spencer's seminal paper. McIntyre shows that Dessler cherry-picked data from two satellites to produce his alarmist conclusion that clouds have an overall warming effect on the Earth. McIntyre instead used all the data for clear-sky and all-sky available from the same CERES satellite (the best available datasets and obvious choice to ensure data consistency and calibration) and finds the opposite result: clouds have an overall cooling effect. 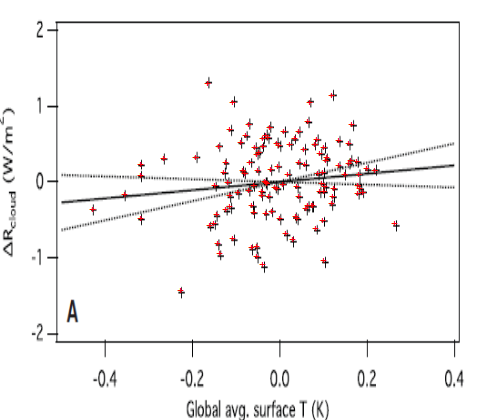 whereas McIntyre's analysis using all the available data from the same satellite shows a negative slope of -.96 W/m2/K indicating a negative forcing/cooling effect of clouds: 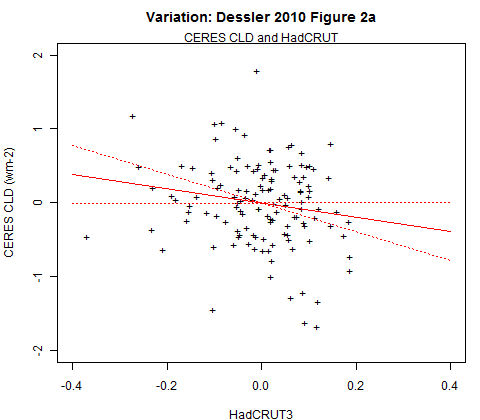 McIntyre says, "the questions are obvious."

Some of those obvious questions are why Dessler made no mention of this in his paper, discarded the 'inconvenient' CERES data and went cherry-picking from another satellite to get the answer he wanted. And why didn't any peer-reviewers raise these concerns? The abject corruption of climate science once again rears its ugly head.
Posted by MS at 10:37 AM