Warmists tell us the effects of AGW should be most evident at the poles. A paper published today in the Journal of Geophysical Research closely examines the Flade Isblink Ice Cap at the northern tip of Greenland using data from two satellites from 2002-2009 and finds a slightly positive/near zero change in surface elevation and no change whatsoever in mass. However, according to the experts at The Times Comprehensive Atlas of the World, this entire ice cap has completely disappeared. 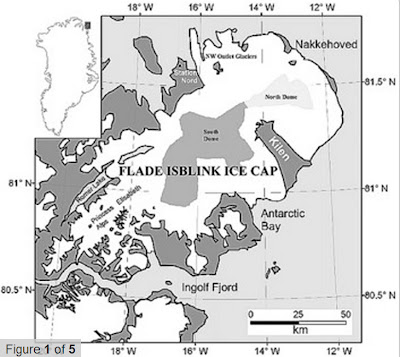