One of the auto industry's most closely guarded secrets—the enormous cost of batteries for electric cars—has spilled out.
Speaking at a forum on green technology on Monday, Ford Motor Co. Chief Executive Alan Mulally indicated battery packs for the company's Focus electric car costs between $12,000 and $15,000 apiece. 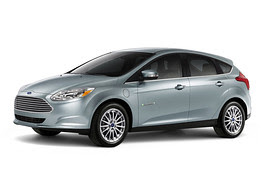 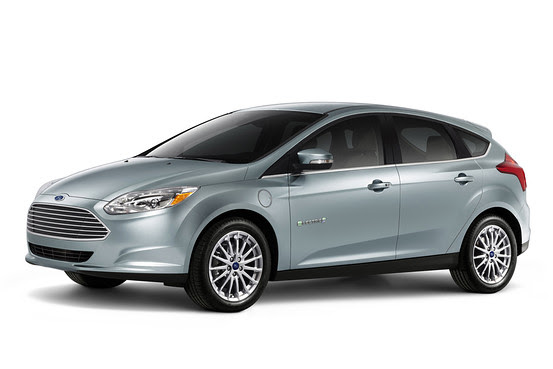 The 2012 Ford Focus Electric.
"When you move into an all-electric vehicle, the battery size moves up to around 23 kilowatt hours, [and] it weighs around 600 to 700 pounds," Mr. Mulally said at Fortune magazine's Brainstorm Green conference in California.
"They're around $12,000 to $15,000 [a battery]" for a type of car that normally sells for about $22,000, he continued, referring to the price of a gasoline-powered Focus. "So, you can see why the economics are what they are."
Ford is currently promoting its $39,200 Focus EV at events around the country. It has a 23 kilowatt-hour battery pack. A Ford spokeswoman said Mr. Mulally's comments were designed to provide a indication of the car's battery costs.
Based on the price range that Mr. Mulally indicated, Dearborn, Mich.-based Ford appears to pay between $522 and $650 a kilowatt-hour for its electric-vehicle batteries. In the past, auto makers and battery makers have been reluctant to disclose the cost per kilowatt hour. Analysts have made projections that battery costs are between $500 and $1,000 per kilowatt-hour.
The U.S. Department of Energy, as part of its efforts to help promote plug-in hybrid- and fully-electric vehicles, has set a goal of lowering the cost of batteries to $300 a kilowatt-hour by next year. The DOE has helped to fund battery plants in the U.S. to install the capacity, and ideally lower the cost of batteries.
Ford hasn't provided projections for anticipated sales of its EV, but has made the point that it doesn't need to achieve high volumes because it is building the Focus EV on the same line as the gasoline-powered version. It sold just 10 to fleet customers late last year and now is building more of the vehicles at its plant in Wayne, Mich.
The Focus EV is a direct competitor to Nissan Motor Co.'s Leaf, which sold about 9,700 in 2011 in the U.S. The Leaf starts at $35,200 and has a stated range of 73 miles on a full charge. Ford says its Focus can go up to 76 miles on a full charge and can be recharged in 3 ½ hours using a 240-volt wall charger, or about twice as fast as the Leaf.
Other auto makers including General Motors Co. and Fisker Automotive Inc. have struggled with high prices and slow initial sales of their battery-powered vehicles, but have committed to building new models.
GM is planning to introduce its all-electric Spark subcompact later this year. Its about $40,000 Volt car has a small gasoline engine that kicks in when the battery runs low.
Posted by MS at 11:52 AM