According to a paper published in the April 2012 edition of Nature Climate Change, the results of 74 different opinion surveys from 2002-2010 show US public concern about climate change reached a high point of 54% in 2007 and declined to about 44% in 2010. The study attributes these changes to decreasing media exposure and "cues from political elites," but fails to even mention Climategate as a factor. 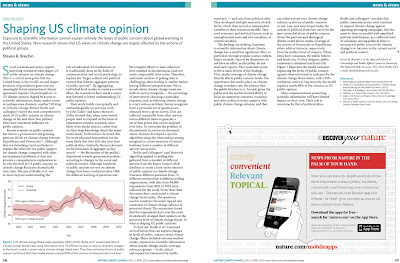