California declares war on single family, detached homes to 'save the planet'

Planners want to herd millions into densely packed urban corridors. It won't save the planet but will make traffic even worse.

It's no secret that California's regulatory and tax climate is driving business investment to other states. California's high cost of living also is driving people away. Since 2000 more than 1.6 million people have fled, and my own research as well as that of others points to high housing prices as the principal factor.
The exodus is likely to accelerate. California has declared war on the most popular housing choice, the single family, detached home—all in the name of saving the planet.
Metropolitan area governments are adopting plans that would require most new housing to be built at 20 or more to the acre, which is at least five times the traditional quarter acre per house. State and regional planners also seek to radically restructure urban areas, forcing much of the new hyperdensity development into narrowly confined corridors.
In San Francisco and San Jose, for example, the Association of Bay Area Governments has proposed that only 3% of new housing built by 2035 would be allowed on or beyond the "urban fringe"—where current housing ends and the countryside begins. Over two-thirds of the housing for the projected two million new residents in these metro areas would be multifamily—that is, apartments and condo complexes—and concentrated along major thoroughfares such as Telegraph Avenue in the East Bay and El Camino Real on the Peninsula.


For its part, the Southern California Association of Governments wants to require more than one-half of the new housing in Los Angeles County and five other Southern California counties to be concentrated in dense, so-called transit villages, with much of it at an even higher 30 or more units per acre. 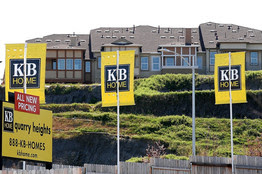 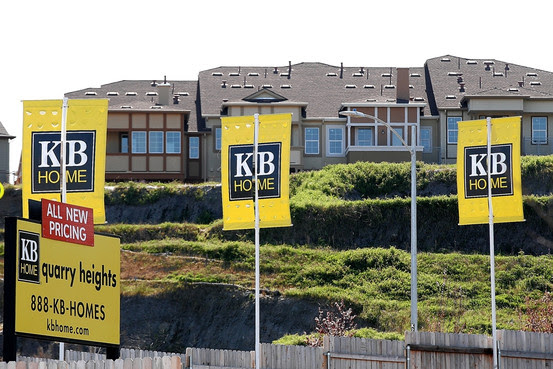 Condos: How California planners envision the future.
To understand how dramatic a change this would be, consider that if the planners have their way, 68% of new housing in Southern California by 2035 would be condos and apartment complexes. This contrasts with Census Bureau data showing that single-family, detached homes represented more than 80% of the increase in the region's housing stock between 2000 and 2010.
The campaign against suburbia is the result of laws passed in 2006 (the Global Warming Solutions Act) to reduce greenhouse gas emissions and in 2008 (the Sustainable Communities and Climate Protection Act) on urban planning. The latter law, as the Los Angeles Times aptly characterized it, was intended to "control suburban sprawl, build homes closer to downtown and reduce commuter driving, thus decreasing climate-changing greenhouse gas emissions." In short, to discourage automobile use.
If the planners have their way, the state's famously unaffordable housing could become even more unaffordable.
Over the past 40 years, median house prices have doubled relative to household incomes in the Golden State. Why? In 1998, Dartmouth economist William Fischel found that California's housing had been nearly as affordable as the rest of the nation until the more restrictive regulations, such as development moratoria, urban growth boundaries, and overly expensive impact fees came into effect starting in the 1970s. Other economic studies, such as by Stephen Malpezzi at the University of Wisconsin, also have documented the strong relationship between more intense land-use regulations and exorbitant house prices.
The love affair urban planners have for a future ruled by mass transit will be obscenely expensive and would not reduce traffic congestion. In San Diego, for example, an expanded bus and rail transit system is planned to receive more than half of the $48.4 billion in total highway and transit spending through 2050. Yet transit would increase its share of travel to a measly 4% from its current tiny 2%, according to data in the San Diego Association of Governments regional transportation plan. This slight increase in mass transit ridership would be swamped by higher traffic volumes.


Higher population densities in the future means greater traffic congestion, because additional households in the future will continue to use their cars for most trips. In the San Diego metropolitan area, where the average one-way work trip travel time is 28 minutes, only 14% of work and higher education locations could be reached within 30 minutes by transit in 2050. But 70% or more of such locations will continue to be accessible in 30 minutes by car.
Rather than protest the extravagance, California Attorney General Kamala D. Harris instead has sued San Diego because she thinks transit was not favored enough in the plan and thereby violates the legislative planning requirements enacted in 2006 and 2008. Her predecessor (Jerry Brown, who is now the governor) similarly sued San Bernardino County in 2007.
California's war on suburbia is unnecessary, even considering the state's lofty climate-change goals. For example, a 2007 report by McKinsey, co-sponsored by the Environmental Defense Fund and the Natural Resources Defense Council, concluded that substantial greenhouse gas emissions reductions could be achieved while "traveling the same mileage" and without denser urban housing. The report recommended cost-effective strategies such as improved vehicle economy, improving the carbon efficiency of residential and commercial buildings, upgrading coal-fired electricity plants, and converting more electricity production to natural gas.
Ali Modarres of the Edmund G. "Pat" Brown Institute of Public Affairs at California State University, Los Angeles has shown that a disproportionate share of migrating households are young. This is at least in part because it is better to raise children with backyards than on condominium balconies. A less affordable California, with less attractive housing, could disadvantage the state as much as its already destructive policies toward business.
Mr. Cox, a transportation consultant, served three terms on the Los Angeles County Transportation Commission under the late Mayor Tom Bradley.
A version of this article appeared April 7, 2012, on page A13 in some U.S. editions of The Wall Street Journal, with the headline: California Declares War on Suburbia.
Posted by MS at 8:37 AM