A new study shows the U.S. oil boom is all on private and state land.

'I'm proud of the fact that under my Administration oil production is higher than it has been in a decade or more."
—President Obama, February 20, 2013


WSJ.COM 3/13/13:  President Obama does a neat John D. Rockefeller imitation these days, taking credit for soaring domestic oil and gas production as if he planned it that way. Not quite. As a new Congressional Research Service (CRS) reports shows, "All of the increased [oil] production from 2007 to 2012 took place on non-federal lands." 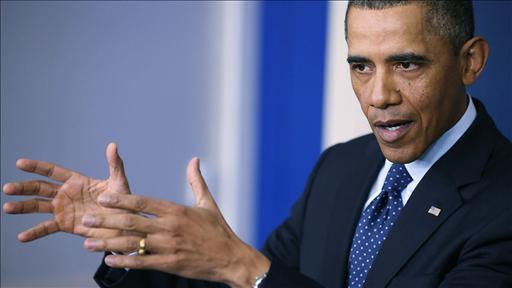 
The research outfit reports that thanks to the innovation of hydraulic fracturing and horizontal drilling on private and state lands, the U.S. in fiscal 2012 produced 6.2 million barrels of oil daily, up from 5.1 million barrels as recently as fiscal 2007. Private industry's technological advances, operating under state regulation, increased U.S. production last year at the fastest rate in the history of the domestic industry, which drilled its first commercial well in 1859.
The story on federal lands is the opposite. The CRS study finds that federal oil production fell more than 23% from fiscal 2010 to fiscal 2012 and is today below what it was in 2007. The federal share of total U.S. oil production has slid under Mr. Obama to 26% in fiscal 2012 from 31% in fiscal 2008.


Mr. Obama's has blocked exploration and production on significant areas of the Outer Continental Shelf, and the few leases he has put up for auction contain land that is of little value to drillers. The Congressional Research Service reports that the average time to process a federal application for a drilling permit increased 41% from 2006 to 2011—to 307 days.
Readers may recall that Mitt Romney raised this issue in the second presidential debate. Mr. Obama responded that "What you're saying is just not true. It's not true." The Congressional Research Service now documents that it is true.
The U.S. oil and gas boom has been a rare bright spot in the otherwise gloomy Obama economy. Imagine how much more energy the U.S. could produce, and how many more high-paid jobs it could create, if the Obama Administration stopped being an obstacle.
Posted by MS at 1:20 PM