Even if you believe in the man-made global warming swindle, buying an electric car will do little to reduce CO2 emissions, as the production and charging of electric cars causes heavy CO2 emissions. According to peer-reviewed research,  "If a typical electric car is driven 50,000 miles over its lifetime, the huge initial emissions from its manufacture means the car will actually have put more carbon-dioxide in the atmosphere than a similar-size gasoline-powered car driven the same number of miles."

WSJ.COM 3/10/13:  Electric cars are promoted as the chic harbinger of an environmentally benign future. Ads assure us of "zero emissions," and President Obama has promised a million on the road by 2015. With sales for 2012 coming in at about 50,000, that million-car figure is a pipe dream. Consumers remain wary of the cars' limited range, higher price and the logistics of battery-charging. But for those who do own an electric car, at least there is the consolation that it's truly green, right? Not really.
For proponents such as the actor and activist Leonardo DiCaprio, the main argument is that their electric cars—whether it's a $100,000 Fisker Karma (Mr. DiCaprio's ride) or a $28,000 Nissan Leaf—don't contribute to global warming. And, sure, electric cars don't emit carbon-dioxide on the road. But the energy used for their manufacture and continual battery charges certainly does—far more than most people realize. 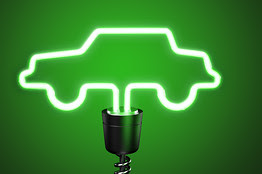 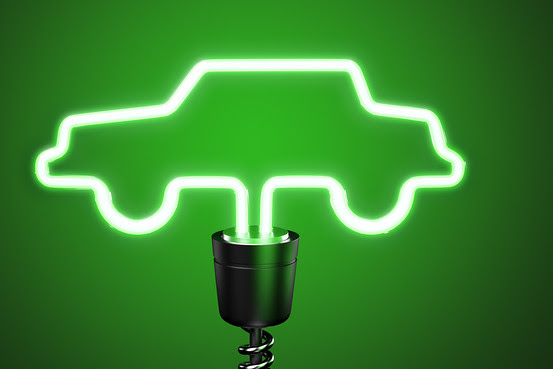 
While electric-car owners may cruise around feeling virtuous, they still recharge using electricity overwhelmingly produced with fossil fuels. Thus, the life-cycle analysis shows that for every mile driven, the average electric car indirectly emits about six ounces of carbon-dioxide. This is still a lot better than a similar-size conventional car, which emits about 12 ounces per mile. But remember, the production of the electric car has already resulted in sizeable emissions—the equivalent of 80,000 miles of travel in the vehicle.


So unless the electric car is driven a lot, it will never get ahead environmentally. And that turns out to be a challenge. Consider the Nissan Leaf. It has only a 73-mile range per charge. Drivers attempting long road trips, as in one BBC test drive, have reported that recharging takes so long that the average speed is close to six miles per hour—a bit faster than your average jogger.
To make matters worse, the batteries in electric cars fade with time, just as they do in a cellphone. Nissan estimates that after five years, the less effective batteries in a typical Leaf bring the range down to 55 miles. As the MIT Technology Review cautioned last year: "Don't Drive Your Nissan Leaf Too Much."


If a typical electric car is driven 50,000 miles over its lifetime, the huge initial emissions from its manufacture means the car will actually have put more carbon-dioxide in the atmosphere than a similar-size gasoline-powered car driven the same number of miles. Similarly, if the energy used to recharge the electric car comes mostly from coal-fired power plants, it will be responsible for the emission of almost 15 ounces of carbon-dioxide for every one of the 50,000 miles it is driven—three ounces more than a similar gas-powered car.
Even if the electric car is driven for 90,000 miles and the owner stays away from coal-powered electricity, the car will cause just 24% less carbon-dioxide emission than its gas-powered cousin. This is a far cry from "zero emissions." Over its entire lifetime, the electric car will be responsible for 8.7 tons of carbon dioxide less than the average conventional car.


Those 8.7 tons may sound like a considerable amount, but it's not. The current best estimate of the global warming damage of an extra ton of carbon-dioxide is about $5. This means an optimistic assessment of the avoided carbon-dioxide associated with an electric car will allow the owner to spare the world about $44 in climate damage. On the European emissions market, credit for 8.7 tons of carbon-dioxide costs $48.


Yet the U.S. federal government essentially subsidizes electric-car buyers with up to $7,500. In addition, more than $5.5 billion in federal grants and loans go directly to battery and electric-car manufacturers like California-based Fisker Automotive and Tesla Motors . This is a very poor deal for taxpayers.


The electric car might be great in a couple of decades but as a way to tackle global warming now it does virtually nothing. The real challenge is to get green energy that is cheaper than fossil fuels. That requires heavy investment in green research and development. Spending instead on subsidizing electric cars is putting the cart before the horse, and an inconvenient and expensive cart at that.
Mr. Lomborg, director of the Copenhagen Consensus Center in Washington, D.C., is the author of "The Skeptical Environmentalist" (Cambridge Press, 2001) and "Cool It" (Knopf, 2007).
Posted by MS at 5:38 PM