November 4, 2013 by CFACT Ed,
On Friday President Obama issued an executive order to millions of government employees to insert his global warming agenda into everything they do.
Ignoring the overwhelming evidence to the contrary, the President’s order said that, “the impacts of climate change — including an increase in prolonged periods of excessively high temperatures, more heavy downpours, an increase in wildfires, more severe droughts, permafrost thawing, ocean acidification and sea-level rise — are already affecting communities, natural resources, ecosystems, economies and public health across the nation.”
Already affecting?  Is President Obama unaware, or deliberately ignoring the fact that there has been no global warming during his entire time in office, in fact, none since the nineties, and very little before that.  Sea level is holding steady and we measure its fluctuations in millimeters.  Not only has there been nothing out of the ordinary about storm activity, we are nearing the end of what has so far been one of the gentlest hurricane seasons ever recorded.
Do the American people truly want federal bureaucrats telling them what they can build, where they must live and what they can and cannot buy all in the name of unproven global warming? 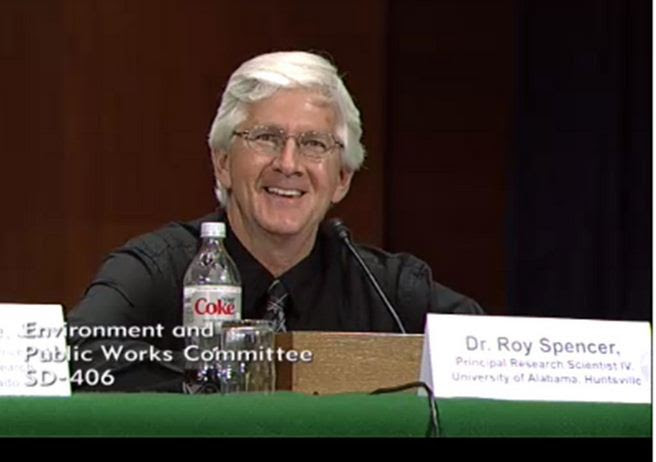 Dr. Roy Spencer is principal research scientist at the University of Alabama Huntsville and the recipient of NASA’s Exceptional Scientific Achievement Medal for his work with global temperature monitoring satellites.  He is a great friend of CFACT’s.  Dr. Spencer has put out one of his characteristically simple, yet authoritative graphical representations of world temperatures.  It shows 87 out of 90 of the climate computer models the UN and President Obama put so much faith in predicting a significantly warmer world than the one we actually live in.  Actual temperature observations run much cooler than the computer models do, disproving what the President told our government in his executive order.
President Obama is facing a crisis of confidence with the American people as they compare what he told them about Obamacare with what they actually have been forced to buy.  How long can President Obama continue to say one thing about global warming when our satellites and thermometers continue to prove the opposite?
- See more at: http://www.cfact.org/2013/11/04/obama-issues-global-warming-executive-order/#sthash.ofOmFWFb.dpuf
Posted by MS at 12:45 PM