A post today by climate scientist and modeller Nic Lewis at Climate Audit shows that the IPCC has exaggerated the climate sensitivity to CO2 by 40 to 50% in comparison to observations.

A guest post by Nic Lewis, Climate Audit, 12/9/13
Steve McIntyre pointed out some time ago, here, that almost all the global climate models around which much of the IPCC’s AR5 WGI report was centred had been warming faster than the real climate system over the last 35-odd years, in terms of the key metric of global mean surface temperature. The relevant figure from Steve’s post is reproduced as Figure 1 below. 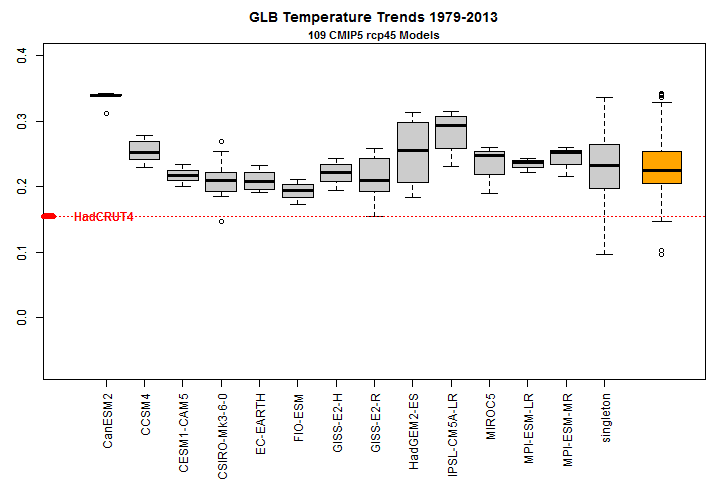 Figure 1 Modelled versus observed decadal global surface temperature trend 1979–2013
Temperature trends in °C/decade. Models with multiple runs have separate boxplots; models with single runs are grouped together in the boxplot marked ‘singleton’. The orange boxplot at the right combines all model runs together. The default settings in the R boxplot function have been used. The red dotted line shows the actual increase in global surface temperature over the same period per the HadCRUT4 observational dataset.

Transient climate response
Virtually all the projections of future climate change in AR5 are based on the mean and range of outcomes simulated by this latest CMIP5 generation of climate models (AOGCMs). Changes in other variables largely scale with changes in global surface temperature. The key determinant of the range and mean level of projected increases in global temperature over the rest of this century is the transient climate response (TCR) exhibited by each CMIP5 model, and their mean TCR. Model equilibrium climate sensitivity (ECS) values, although important for other purposes, provide little information regarding surface warming to the last quarter of this century beyond that given by TCR values.
TCR represents the increase in 20-year mean global temperature over a 70 year timeframe during which CO2 concentrations, rising throughout at 1% p.a. compound, double. More generally, paraphrasing from Section 10.8.1 of AR5 WG1,TCR can be thought of as a generic property of the climate system that determines the global temperature response ΔT to any gradual increase in (effective) radiative forcing (ERF – see AR5 WGI glossary, here ) ΔF taking place over a ~70-year timescale, normalised by the ratio of the forcing change to the forcing due to doubling CO2, F2xCO2: TCR = F2xCO2 ΔT/ΔF. This equation permits warming resulting from a gradual change in ERF over a 60–80 year timescale, at least, to be estimated from the change in ERF and TCR. Equally, it permits TCR to be estimated from such changes in global temperature and in ERF.
The TCRs of the 30 AR5 CMIP5 models featured in WGI Table 9.5 vary from 1.1°C to 2.6°C, with a mean of slightly over 1.8°C. Many projections in AR5 are for changes up to 2081–2100. Applying the CMIP5 TCRs to the changes in CO2 concentration and other drivers of climate change from the first part of this century up to 2081–2100, expressed as the increase in total ERF, explains most of the projected rises in global temperature on the business-as-usual RCP8.5 scenario, although the relationship varies from model to model. Overall the models project about 10–20% faster warming than would be expected from their TCR values, allowing for warming ‘in-the-pipeline’. That discrepancy, which will not be investigated in this article, implies that the mean ‘effective’ TCR of the AR5 CMIP5 models for warming towards the end of this century under RCP8.5 is in the region of 2.0–2.2°C.
...
So does the observational evidence in AR5 support its/the CMIP5 models’ TCR ranges?
The evidence from AR5 best estimates of forcing, combined with that in solid observational studies cited in AR5, points to a best (median) estimate for TCR of 1.3°C if the AR5 aerosol forcing best estimate is scaled to match the satellite-observation-derived best estimate thereof, or 1.4°C if not (giving a somewhat less observationally-based TCR estimate). We can compare this with model TCRs. The distribution of CMIP5 model TCRs is shown in Figure 3 below, with a maximally observationally-based TCR estimate of 1.3°C for comparison.
. 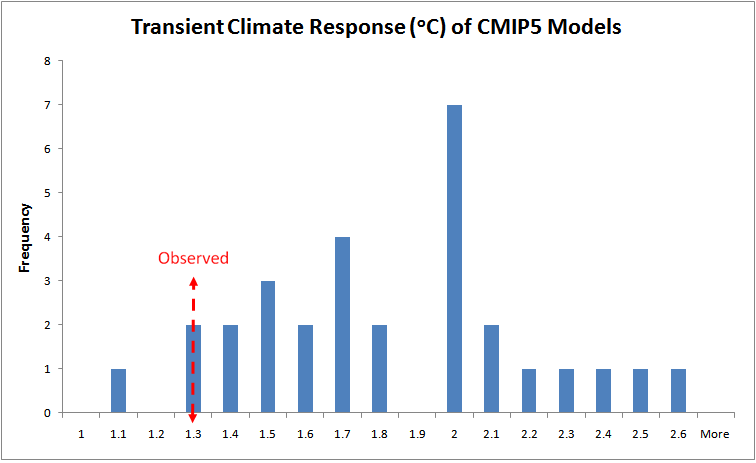 Figure 3. Transient climate response distribution for CMIP5 models in AR5 Table 9.5
The bar heights show how many models in Table 9.5 exhibit each level of TCR
.
Figure 3 shows an evident mismatch between the observational best estimate and the model range. Nevertheless, AR5 states (Box 12.2) that:
“the ranges of TCR estimated from the observed warming and from AOGCMs agree well, increasing our confidence in the assessment of uncertainties in projections over the 21st century.”
How can this be right, when the median model TCR is 40% higher than an observationally-based best estimate of 1.3°C, and almost half the models have TCRs 50% or more above that? Moreover, the fact that effective model TCRs for warming to 2081–2100 are the 10%–20% higher than their nominal TCRs means that over half the models project future warming on the RCP8.5 scenario that is over 50% higher than what an observational TCR estimate of 1.3°C implies.
Interestingly, the final draft of AR5 WG1 dropped the statement in the second draft that TCR had a most likely value near 1.8°C, in line with CMIP5 models, and marginally reduced the ‘likely’ range from 1.2–2.6°C to 1.0–2.5°C, at the same time as making the above claim.
So, in their capacity as authors of Otto et al. (2013), we have fourteen lead or coordinating lead authors of the WG1 chapters relevant to climate sensitivity stating that the most reliable data and methodology give ‘likely’ and 5–95% ranges for TCR of 1.1–1.7°C and 0.9–2.0°C, respectively. They go on to suggest that some CMIP5 models have TCRs that are too high to be consistent with recent observations. On the other hand, we have Chapter 12, Box 12.2, stating that the ranges of TCR estimated from the observed warming and from AOGCMs agree well. Were the Chapter 10 and 12 authors misled by the flawed TCR estimates included in Figure 10.20a? Or, given the key role of the CMIP5 models in AR5, did the IPCC process offer the authors little choice but to endorse the CMIP5 models’ range of TCR values?
Posted by MS at 11:20 AM