Dr. John Christy: We have much less understanding than needed to predict climate with any confidence, or determine policy

Reblogged from Talking about the Climate:

Talking about Climate with John Christy 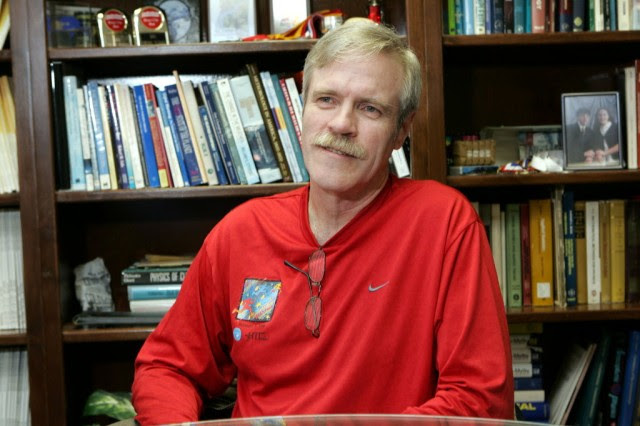 John Christy, director of the Earth System Science Center at the University of Alabama-Huntsville.

John Christy is a climate scientist at the University of Alabama-Huntsville. Along with Roy Spencer, he developed the first satellite temperature record of the Earth. Skeptical about catastrophic anthropogenic global warming, he has been invited to speak before Congress several times. He is the director of the Earth System Science Center at UAH.

TATW: What would be the single piece of information that you would convey to people who have strong opinions about climate and little knowledge?

CHRISTY: A fundamental aspect of science is that when we scientifically understand a system, we are able to predict how the system evolves in time. The comparison of model output with observations indicates we have much less understanding than what is needed to predict it with any confidence. I certainly don’t see the predictive skill necessary for policy determination.

TATW: Judith Curry spoke to Congress recently; what was the experience like the times that you have done it?

CHRISTY: The experience forces you to think carefully about your testimony because it is going “on the record.” However, sometimes listening to the committee members repeat talking points that border on myths is wearisome.

TATW: Nature’s AGW “pause” story is getting a lot of attention. Do you think that will have been an aberration, or do you anticipate more such discussions coming from climate journals?

CHRISTY: The “pause” is too large to ignore, but can be ignored if the belief system of the writer is threatened by it. It will be addressed more and more. However, the next big El Niño will tip the recent trend to be a bit positive which may cause warming enthusiasts to breathe a little easier.

TATW: Do you ever wish that your branch of science was completely apolitical, or that the public cared about it less?

I like being in a science that has importance to people. However, the level at which climate science has become the purview of a select authority ( i.e. government agencies or the IPCC) means that alternative views are marginalized in the name of “consensus” rather than presented as options. Such authorities become “gatekeepers” of scientific information rather than “brokers.” In another aspect of my work, we have seen considerable gains in the agriculture productivity of Alabama farmers in part due to our efforts to demonstrate how irrigation can be both environmentally and economically sustainable in a humid state like ours. Having a positive impact on economic development through climate science is quite satisfying.

TATW: What is your perspective on the hidden, deep-ocean heat originally proffered by Kevin Trenberth as the reason for the cessation in atmospheric warming?

CHRISTY: First, measurements are not thorough and precise enough in space and time to determine down to less than 0.01 dec C what the ocean system is doing. So, though it is a legitimate hypothesis to test, it is also extremely difficult to test with any confidence. Secondly, an obvious alternative hypothesis is that the heat never accumulated in the system to begin with, but escaped through many other processes available to the climate system (i.e. cloud processes).
Posted by MS at 2:46 PM