The expected legal battle over the Obama administration's coming limits on carbon emissions from existing power plants could provide a rarity for environmental litigation: a case for which there is scant court precedent.

The Environmental Protection Agency is turning to a little-used provision of the Clean Air Act for its new rules, because carbon dioxide isn't regulated under major Clean Air Act programs that address air pollutants. The EPA says it has only used the section, called 111(d), to regulate five sources of pollutants since the provision was enacted in 1970—and none on the scale of CO2, a major greenhouse gas. 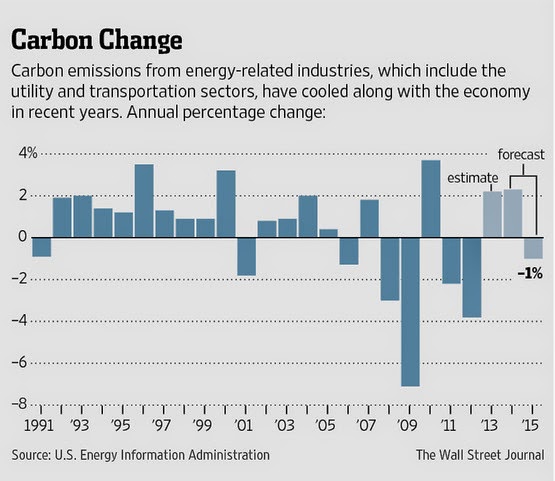 Because the provision has been invoked so rarely, courts have had little opportunity to weigh in on it, creating the unusual circumstance in which potential challengers to the carbon rules would be litigating largely on a blank slate against the EPA. The Clean Air Act provision gives the agency authority to regulate pollutants emitted by facilities already in operation, but the expected lawsuits from states and industry could test how far a president can go in using the long-standing air-pollution law to try to address climate change.

The coming EPA regulation "is in many ways unprecedented, so it will attract a challenge to its core," said Jody Freeman, a Harvard University law professor and former adviser to President Barack Obama on energy and climate issues.

The administration's approach is expected to generate stiff legal pushback from industry groups and states such as West Virginia, Oklahoma, North Dakota, Alaska and Texas, according to lawyers familiar with the matter.

Potential challengers face hurdles in court. Under long-standing legal principles, courts give deference to administrative agencies like the EPA as long as they don't regulate in an arbitrary and capricious manner.

The looming fights also come amid a legal winning streak for the EPA, in which courts have upheld an array of agency actions in recent years. The Supreme Court last month revived agency regulations that curbed power-plant emissions blowing across state lines, reversing a lower-court ruling that went against the agency. And a key appeals court has ruled for the EPA on several occasions in recent months, in cases brought both by industry groups and by environmentalists. Among the decisions, it upheld EPA regulations of mercury emissions from power plants.

The same appeals court previously upheld the EPA's 2009 conclusion that CO2 and other greenhouse gases pose a danger to public health, and it upheld subsequent rules on automobile emissions. A ruling from the Supreme Court is expected next month on one issue related to the EPA's imposition of greenhouse-gas permitting requirements for some facilities.

The CO2 rules expected to be announced Monday will set emissions benchmarks and give the states flexibility in meeting them—a partnership mandated by the Clean Air Act. The administration plans to allow states to use cap-and-trade systems, renewable energy and other measures to meet aggressive goals for reducing power plants' carbon emissions.

An EPA spokesman declined to comment on the legal underpinnings of the coming regulations, but an informational video posted on the agency's website has top officials saying Congress wrote Section 111(d) broadly, with the intention of giving the EPA leeway to address air-pollution problems not covered by other Clean Air Act programs.

The section "gives us room to be creative, innovative and flexible as we think about how to design a cost-effective program to reduce carbon pollution from existing power plants," said Janet McCabe, an acting EPA assistant administrator, in the video.

Legal objections from industry are likely to center on the EPA's expected interpretation that it can set pollution standards across fleets of power plants, instead of directing individual plants to meet the standard by installing pollution technology or taking other steps at each facility to cut emissions, said Jeff Holmstead, an attorney who represents coal-industry interests at Bracewell & Giuliani LLP.

Mr. Holmstead, a former EPA assistant administrator under President George W. Bush, said that because there is so little precedent, the EPA is going to be "as creative as possible," but he noted that it "creates more openings" for industry and states to challenge the agency in court.

Washington environmental lawyer Sean Donahue said the lack of court precedent could cut in the EPA's favor: "There's more room to make legal arguments because the courts haven't specified what the statute means and doesn't mean, but it also leaves more room for the agency's judgment."

While the specific bounds of the EPA's authority to regulate power plants' carbon emissions haven't been tested in court, a 2011 Supreme Court opinion said the agency had the power to take action to curb emissions. That came in a pro-industry ruling barring a group of states from proceeding with a public-nuisance lawsuit seeking abatement of power-plant emissions.

Next week's EPA rules come as the agency is separately proposing greenhouse-gas regulations for future power plants that are more stringent. Those rules are also likely to be challenged in court, and that litigation could affect the agency's regulations for existing plants.

The court challenges could for last years, potentially beyond Mr. Obama's second term.
Posted by MS at 9:09 AM