Is The Sun Causing Global Warming?

Remarkable essay by a climate scientist for an environmental organization specializing in carbon offsets!

Recently, a documentary aired on the UK’s Channel 4, entitled ‘The Great Global Warming Swindle,' which challenged the prevailing political understanding that global warming is caused by man-made activity.

The movie argues that it is in fact the sun that is responsible for the current changes in the Earth's temperature and the film is riddled with the testimony of many scientists and climate experts, furthering a growing dissent to the man-made theory. After all, that’s all it is, a theory. As soon as people start to state that ‘the debate is over’, beware, because the fundamental basis of all sciences is that debate is never over, that questions must be asked and answered and issues raised in order for the science to be accurate.

So what exactly are the arguments behind the Sun being the main cause of global warming?

First off, it is very important to address the fact that Earth is not the only planet to be experiencing climate change in our solar system currently. In fact, many astronomers have announced that Pluto has been experiencing global warming, and suggested that it is a seasonal event, just like how Earth’s seasons change as the various hemispheres alter their inclination to the Sun. We must remember that it is the Sun that determines our seasons, and thusly has a greater impact upon the climate than we could ever even try to achieve.

In May of 2006, a report came forward revealing that a massive hurricane-like storm that occurred on Jupiter may be caused by climate change occurring on the planet, which is expected to raise its temperatures by 10 degrees. National Geographic News reported that a simultaneous rising in temperature on both Mars and Earth suggest that climate change is indeed a natural phenomenon as opposed to being man-made.
The report further explains how NASA has reported that Mars carbon dioxide ice caps have been melting for a few years now. Sound familiar? An astronomical observatory in Russia declared that, ‘the Mars data is evidence that the current global warming on Earth is being caused by changes in the sun’. They further point out that both Mars and Earth have, throughout their histories, experienced periodic ice ages as climate changes in a continuous fashion. NASA has also been observing massive storms on Saturn, which indicate a climate change occurring on that planet as well.

NASA’s Hubble Space Telescope has also been recording massive climate changes on Neptune’s largest moon, Triton. Triton, whose surface was once made up of frozen nitrogen, is now turning into gas. The Associated Press has reported that satellites that measure the temperature of sunlight have been recording an increase in the sun’s temperature, meaning that the sun itself is warming up.

Even the London Telegraph reported in 2004 that global warming was due to the sun being hotter than it has ever been in the past 1,000 years. They cited this information from research conducted by German and Swiss scientists who claim that it is increasing radiation from the sun that is resulting in our current climate change.

Olivier Chenet, a leading French scientist, who was among the first scientists to try to warn people of the dangers of global warming 20 years ago, now believes that ‘increasing evidence indicates that most of the warming comes of natural phenomena’. Allegre said, “There is no basis for saying, as most do, that the “science is settled.”

He is convinced that global warming is a natural change and sees the threat of the ‘great dangers’ that it supposedly poses as being bloated and highly exaggerated. Also recently, the President of the Czech Republic, Vaclav Klaus said, when discussing the recent ruling by the UN Intergovernmental Panel on Climate Change (IPCC), that global warming is man-made, ‘”Global warming is a false myth and every serious person and scientist says so”. 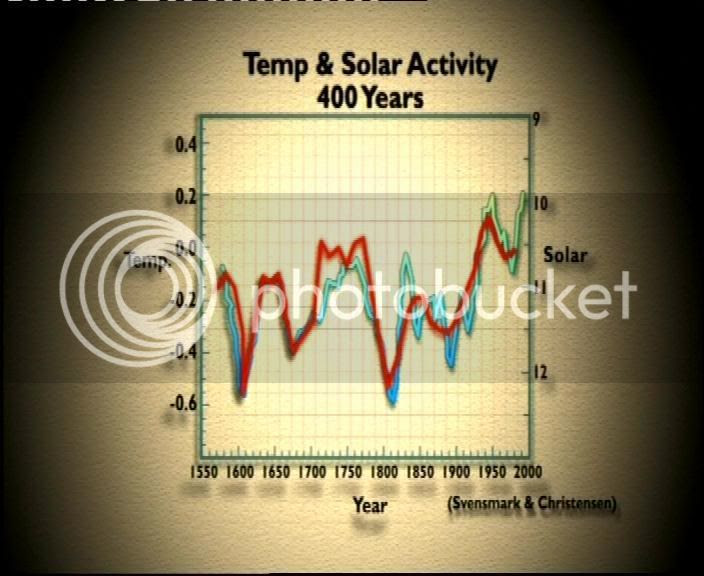 It is not fair to refer to the U.N. panel. IPCC is not a scientific institution: it’s a political body, a sort of non-government organization of green flavor. It’s neither a forum of neutral scientists nor a balanced group of scientists. These people are politicized scientists who arrive there with a one-sided opinion and a one-sided assignment. And if you are about to ask why no politicians here seem to be saying this, Klaus offered up an answer, “Other top-level politicians do not express their global warming doubts because a whip of political correctness strangles their voice”.

Rob Browne, the former editor of New Scientist, wrote an article in the UK Sunday Times, in which he stated, “When politicians and journalists declare that the science of global warming is settled, they show a regrettable ignorance about how science works.” He further stated that, “Twenty years ago, climate research became politicised in favour of one particular hypothesis”.

And in reference to how the media is representing those who dissent from the man-made theory he stated, ‘they often imagine that anyone who doubts the hypothesis of man-made global warming must be in the pay of the oil companies’, which is exactly what I believed up until I did my research. He also wrote, “Enthusiasm for the global-warming scare also ensures that heatwaves make headlines, while contrary symptoms, such as this winter’s billion-dollar loss of Californian crops to unusual frost, are relegated to the business pages”.

Related: Mars has warmed 4 times more than Earth over last 20 years
Mars Melt Hints at Solar, Not Human, Cause for Warming, Scientist Says
Posted by MS at 9:10 AM