Newsweek calls for Obama to bow out of Presidential race

In the latest edition, the perennially-liberal Newsweek calls for Obama to bow out of the race for re-election, stating, "There is one bold thing Obama could and should do. He should bow out of the race for reelection and throw his support behind Hillary Clinton—the leader we should have chosen in the first place." Could this be the first time a left-wing news outlet called for a sitting Democratic President to not run for re-election? 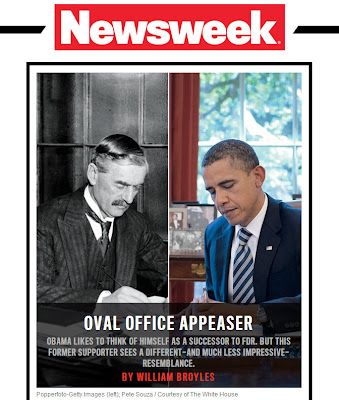 In the surprisingly hard-hitting lead article, Newsweek bashes "the healthcare bill that no one likes," compromises "so far in [the Republican] direction that it’s hard to tell where he might stop," "a president who treats core American values as bargaining chips, who won’t fight for anything, who refuses to lead. It turns out hope does matter."

Related: Obama approval rating on economy plunges to 26%
Posted by MS at 6:15 PM