A paper published this week finds that cloudiness over Russia has increased during the period of 2001-2010 compared to 1991-2000. Interesting in light of the corresponding global cooling since 2001, Svensmark's cosmic ray theory of cloud formation, the rise of cosmic rays since 2001 to record levels, and the concomitant decrease in solar activity. 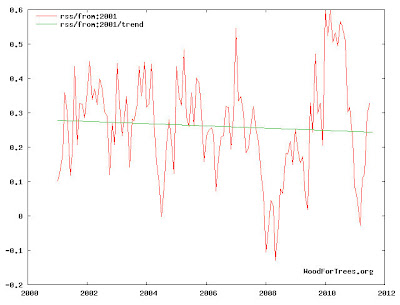 Recent variations of cloudiness over Russia from surface daytime observations