In a post today, Steve McIntyre demonstrates that the new warmist study by Cowtan & Way [that allegedly gets rid of the 17 year 'pause' in global warming] still shows that the IPCC models greatly exaggerate global warming, and that this difference is much greater than the small difference in temperature datasets: 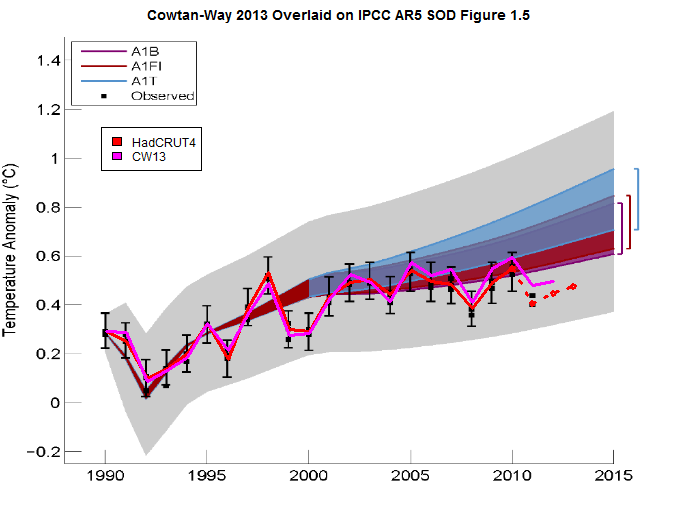 Figure 1. Cowtan and Way 2013 hybrid plotted onto IPCC AR5SOD Figure 1.5
Next, here is a simple plot showing the difference between the CW13 hybrid and HadCRUT 4. Up to the end of 2005, there was a zero trend between the two; the difference has arisen entirely since 2005. [added: this is very odd and remains unexplained] 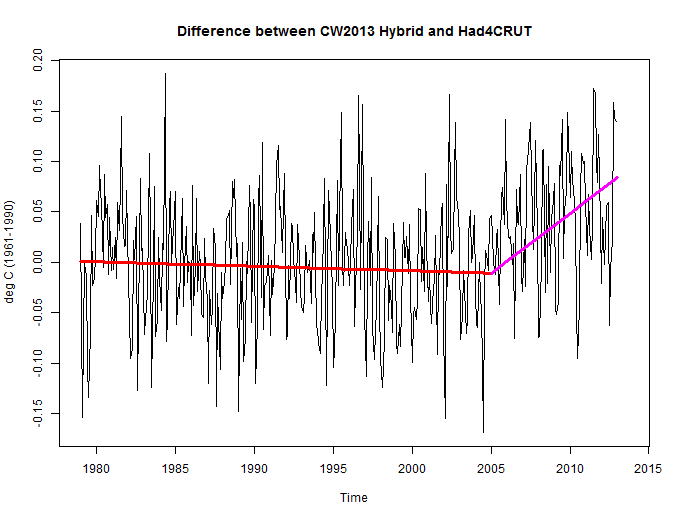 The models have been falsified at confidence levels of 90% to 95% to 98%+ over the past 15-35 years, and thus this warmist paper does little to resurrect their cause:

In addition, McIntyre notes that

"co-author Way was an active participant at the secret SKS forum, where he actively fomented conspiracy theory allegations. Uniquely among participants in the secret SKS forum, he conceded that Climate Audit was frequently correct in its observations (“The fact of the matter is that a lot of the points he brings up are valid”) and said of Climate Audit (“I wouldn’t want to go up against that group, between them there is a lot of statistical power to manipulate and make the data say what it needs to say.”)

‘…we need a conspiracy to save humanity’

More on the paper by Cotwan & Way:

Climate magic: New Study now claims the Global warming pause never was! Study claims ‘to have discovered that the pause is illusory and due to incorrect estimates of temperatures at the poles’

Judith Curry is having fun with the paper, noting that the methods they use to estimate the missing data are not exactly suited in the particular circumstances of polar temperatures: the statistical infilling technique of kriging 'makes no physical sense' when applied across land/ocean/sea ice boundaries

Climatologist Dr. Judith Curry on the Cowtan & Way ‘pausebuster’: ‘Is there anything useful [in it]?’
Posted by MS at 11:23 AM