A paper published today in Global and Planetary Change reconstructs winter temperatures from 1500-1980 in Western North America and find large volcanic eruptions are followed by
The findings contradict claims by James Hansen et al that the 18 year "pause" of global warming is due to a 23 year very long delayed cooling effect from the 1991 Mt. Pinatubo volcanic eruption.

Hansen's very-delayed cooling effect from volcanic eruptions + solar minimum hypothesis has been added to the updated list as excuse #39 for the 18 year "pause" in global warming. 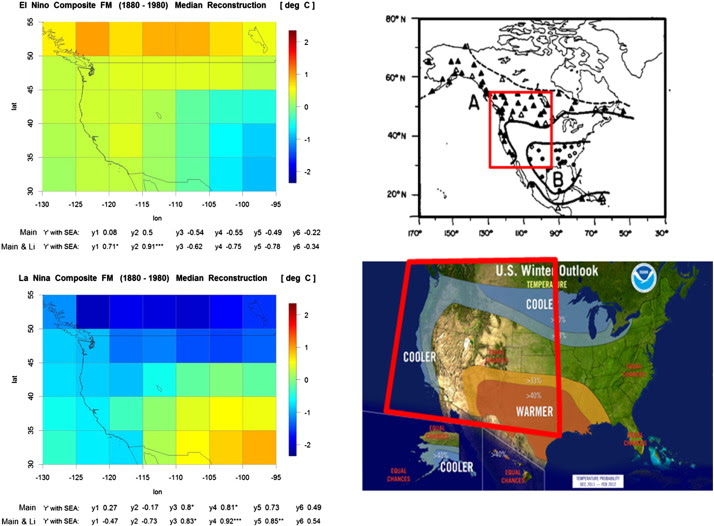 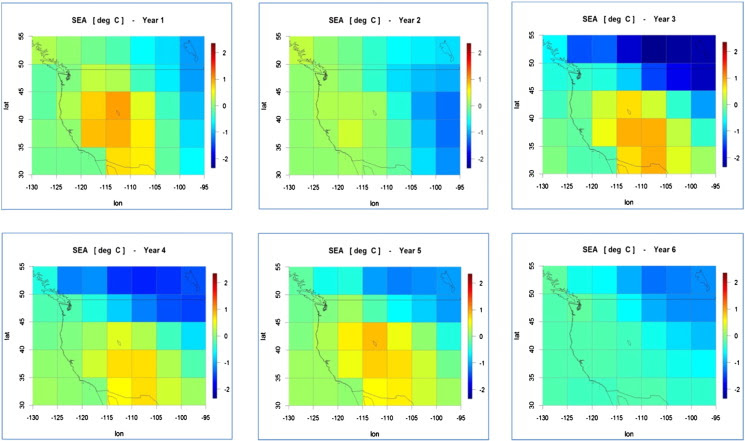 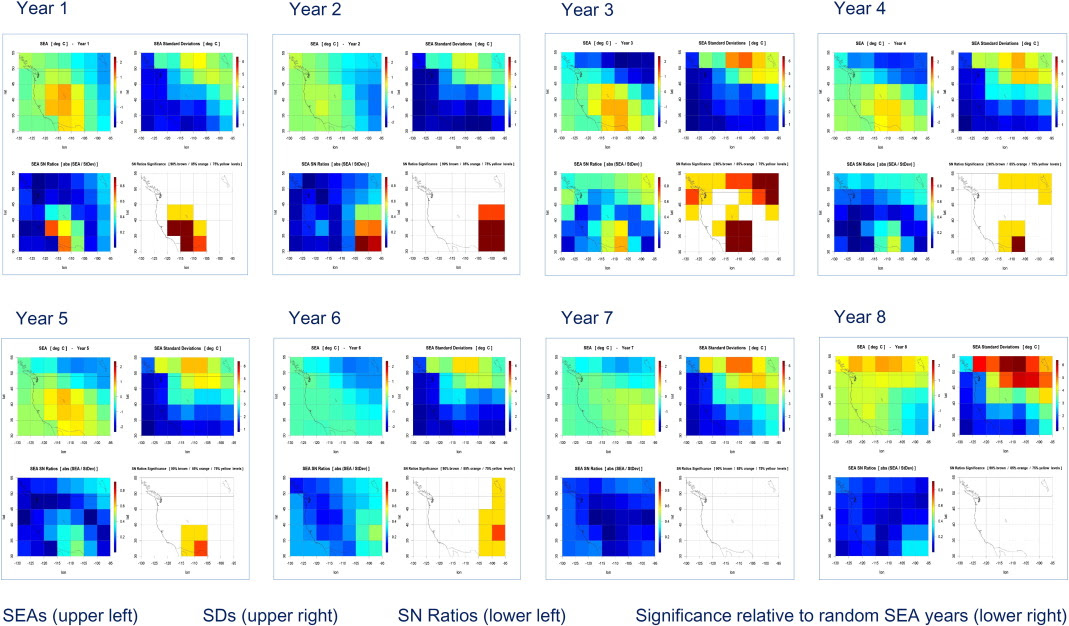 February-March temperature reconstructions in western North America from 1500-1980 CE are used to evaluate, from a regional perspective, the hypothesis that radiative forcing by large tropical volcanic eruptions induces a tendency in the climate system towards an early post-event El Niño (EN) response followed by a delayed La Niña (LN) response. Post-event spatial composites using superposed epoch analysis (SEA) detect indications for an EN-like pattern in post-event Years 1-2; this result, however, is sensitive to the set of eruptions evaluated. Highly significant LN-like patterns are also observed for two eruptions during Year 1. In contrast, a clear and unique LN-like response is found in both eruption sets during Years 3-5; Year 3 in particular represents the time of strongest post-event response. No significant EN-like patterns occur during these years. The relative homogeneity of the SEA response for each post-event year is evaluated in terms of the ratio of the amplitude of the SEA composite to its standard deviation across the eruption events. In relation to the same metric determined from random-event-year SEAs, these signal-to-noise ratios are most highly significant in the portions of the domain with the strongest anomalies in Years 1-5, especially Year 3. The signal-to-noise ratios tend toward uniformly low and insignificant values beyond the first half-decade after the eruption, indicating generally reduced coherence across events. In relation to the larger-scale circulation, post-eruption 500 mb February-March geopotential height composites from the 20th Century Reanalysis show ENSO-type features that are largely consistent with the SEA results from the primary eruption set during Years 1-2, but are inconsistent with the EN-like pattern exhibited by the second eruption set during this time. In Year 3, the pressure composite over North America and the adjacent Pacific and Atlantic is strongly LN-like, consistent with all SEA results; similarly, weakening coherence across events as time progresses beyond Year 3 is also consistent with more variable pressure composites noted after that time. The relatively robust character of the delayed LN-like response is evaluated in terms of the dynamic rebound of the climate system towards its initial energy balance as the radiative impact of immediate post-eruption aerosol cooling dissipates. The LN-like SEA temperature response in Years 3-5 exhibits a slight shift of its southern warm anomaly to the north and west relative to pure composite LN conditions, which is detected as a specifically post-eruption feature in the region.
Posted by MS at 9:59 AM