Claim: All global warming since 1940 is due to artificial "processing" of data, not found in raw data

"If you torture the data long enough, it will confess." -Ronald Harry Coase

From the WUWT post "Weather Channel Founder John Coleman: There is no significant man-made global warming at this time," a comment and link demonstrates that all of the alleged global warming including average, minimum, and maximum surface temperature anomalies since 1940 is due to the artificial "processing" of data, and not found in the raw data:


Here’s proof, this is only surface measurements. 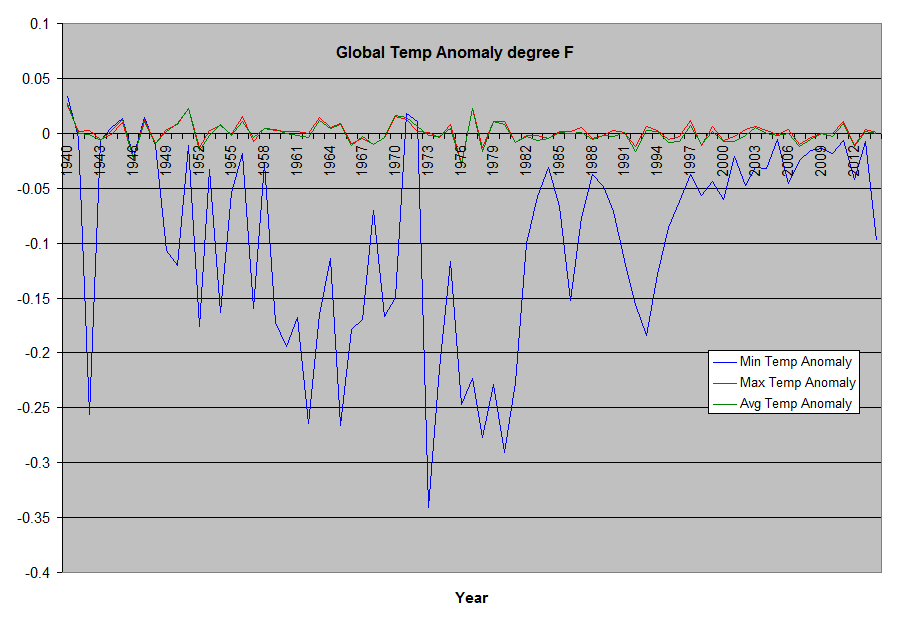 The warming we’ve seen in temp series is due to the actual processing of the data.
Reply
Micro: Surface temperature of what (US/World?). Also link so I can post. Thanks.
Reply 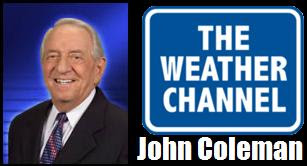 John Coleman, the founder of Weather Channel, has written an open letter, in which he claims the theory of anthropogenic climate change is no longer scientifically credible. So far The Express, a major British newspaper, and the American news service WND, have provided favorable coverage of the letter. The Express article has also been linked to by the Drudge Report, giving it wide exposure. The full text of the letter is as follows:
_______________________________________
Dear UCLA Hammer Forum officials,
There is no significant man-made global warming at this time, there has been none in the past and there is no reason to fear any in the future. Efforts to prove the theory that carbon dioxide is a significant “greenhouse” gas and pollutant causing significant warming or weather effects have failed. There has been no warming over 18 years. William Happer, Ph.D., Princeton University, Richard Lindzen, Ph.D., Massachusetts Institute of Technology, Willie Soon, Ph.D., Harvard Smithsonian Observatory, John Christy, Ph.D., University of Alabama and 9,000 other Ph.D. scientists all agree with my opening two sentences.
remainder at WUWT
Posted by MS at 11:35 AM