At the "UCLA Hammer Forum on Climate Change" held this past week, which I was unfortunate to attend, the only speakers were warmists Michael Mann and UCS scientist Brenda Ekwurzel. I previously covered the litany of misrepresentations of UCS chief of climate science education Dr. Ekwurzel, and now provide my written notes on the misrepresentations in Dr. Mann's presentation and his answers to written questions from the audience carefully selected by the moderator.

I shot one photo of the audience of mostly aging-hippie-types, before being told photos, video, and audio recording were prohibited. About 150 people attended the public event, but at least 25% of the seats in the theater were empty. The lady who sat down next to me immediately said "if there are any climate deniers here, I'm going to smack them," and then proceeded to sleep through most of the event. I was surprised that there were so few Generation-Y college-age attendees at the UCLA Hammer Museum, apparently not too much concern about the whole "inter-generational justice" climate change thing Mann discussed. 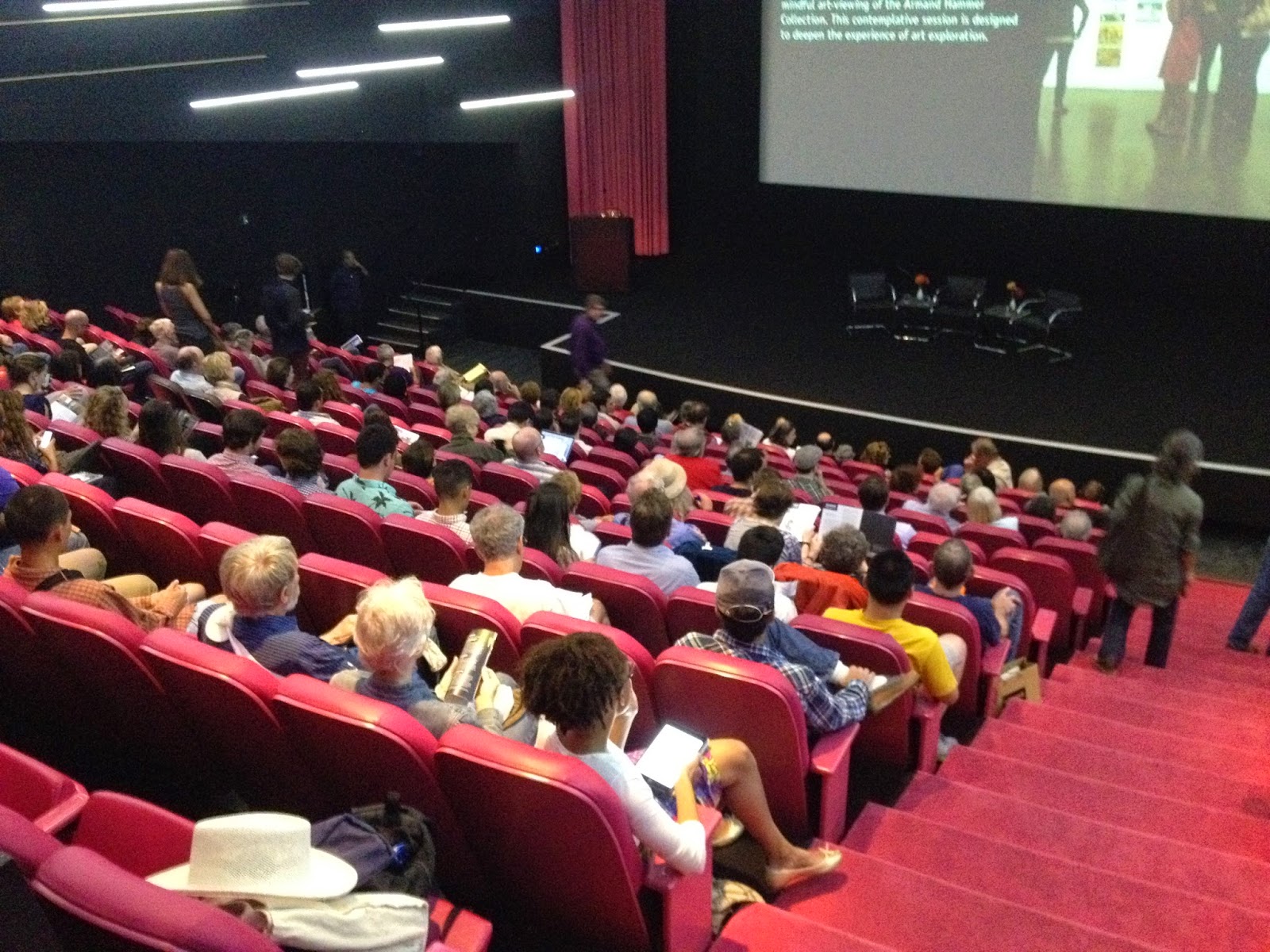 Additional notes on Mann's responses to written questions from the audience (which were first carefully  filtered by the moderator):

I asked if I could stand in the line to ask Dr. Mann a question without having to buy his book first, and was told no.

On the way to the theater parking lot, I noticed the bicycle rack was empty, and the anti-capitalism and anti-fossil fuel attendees driving off in their fossil-fueled vehicles.