AGW salesmen, such as geologist Dr. Richard Alley of Penn State, maintain that the variations in solar output have little to do with climate change on earth. In a 2009 lecture, Dr. Alley makes the following statements and shows the slide below as his rebuttal to the Svensmark et al theory of Cosmoclimatology. This theory suggests that small changes in the solar magnetic field throughout solar cycles are amplified due to the effect on cosmic rays, which may seed cloud formation and thereby cool the earth. Dr. Alley tries to refute this theory by stating that a period of high cosmic ray activity 40,000 years ago didn't change the climate. However, the added vertical line below shows a correlation between the increased cosmic rays 40,000 years ago and the end of an interglacial with transition to an ice age and drop in temperature of about 6 degrees. While this does not prove Svensmark's et als theory, it certainly does not support Dr. Alley's rebuttal. Why does Dr. Alley not consider the possibility that the increased cosmic rays played a role in transition to an ice age, and that there might be a "saturation point" beyond which additional cosmic rays do not make a significant difference? That's not discussed, since it doesn't agree with his party-line theory that CO2 controls all. 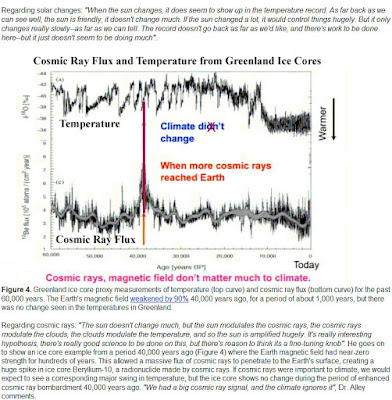 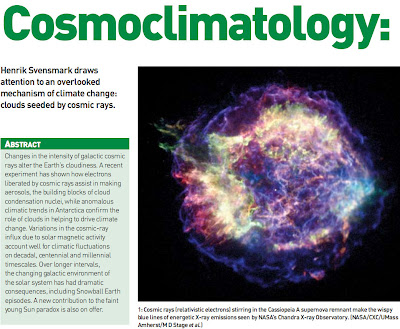 link for article above and below 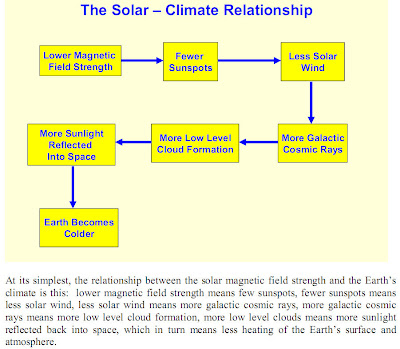