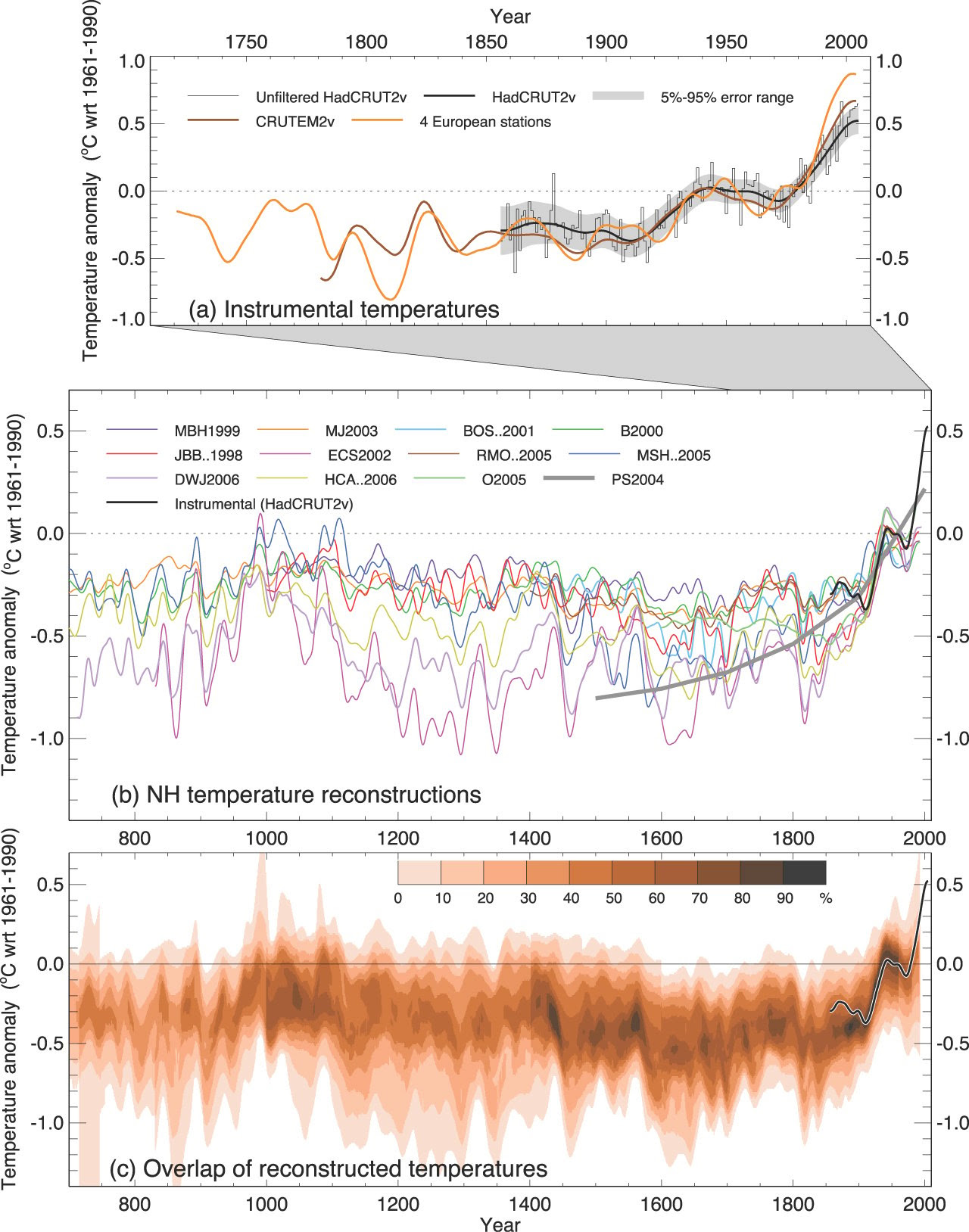 Comments: Once again, "Mike's Nature Trick" is used to graft the faulty instrumental record onto the paleoclimate reconstructions for scientifically-improper dramatic effect. In addition, the orange line with the highest anomaly in the top (instrumental only) graph is from a Phil Jones paper on the instrumental record of 4 mostly urban European sites: Central England, De Bilt, Berlin and Uppsala without any mention in the AR4 text of possible urban heat effects. Now back to the paleoclimate reconstructions alone, it appears that:
2. Southern Hemisphere Paleoclimate Reconstructions:

Would this "overwhelming evidence" of unprecedented & anthropogenic global warming prove the hypothesis at an 8th grade science fair?
Posted by MS at 6:49 PM