Speaking of the oceans, ignored by the IPCC models, brings me to this 2009 paper published in the prestigious Journal of Geophysical Research: 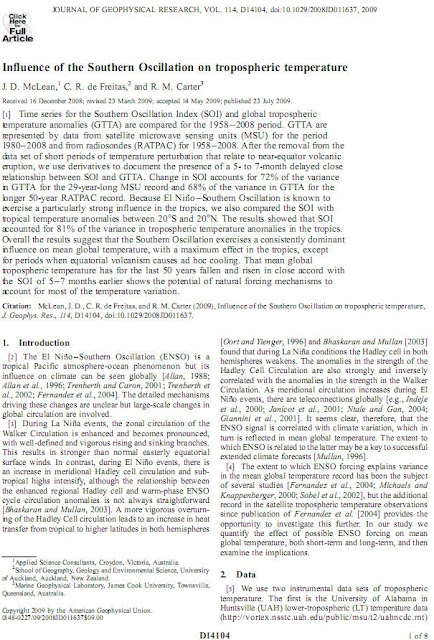