By KEITH JOHNSON and PETER NICHOLAS

WSJ.COM 6/24/13:  WASHINGTON—When President Barack Obama lays out plans to tackle climate change in a speech Tuesday, including the first effort to curb greenhouse-gas emissions from existing power plants, he will unleash a yearslong battle that has little assurance of being resolved during his time in office.
The president has called climate change a "legacy issue," and his speech may head off a backlash from environmentalists should his administration approve the proposed Keystone XL oil pipeline from Canada. But the address is unlikely to blunt criticism of Mr. Obama's approach from the left or the right.
He is set to propose a host of measures to help lower emissions of gases that climate scientists say contribute to climate change. These include ways to boost energy efficiency, promote cleaner energy and rein in emissions from the existing fleet of power plants, according to people briefed on the speech.
In a video released by the White House over the weekend, Mr. Obama said he would give his vision for a "national plan to reduce carbon pollution, prepare our country for the impacts of climate change and lead global efforts to fight it." Mr. Obama said earlier this year in his State of the Union address that he would use executive authority to fight climate change if Congress didn't act. 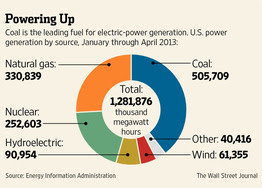 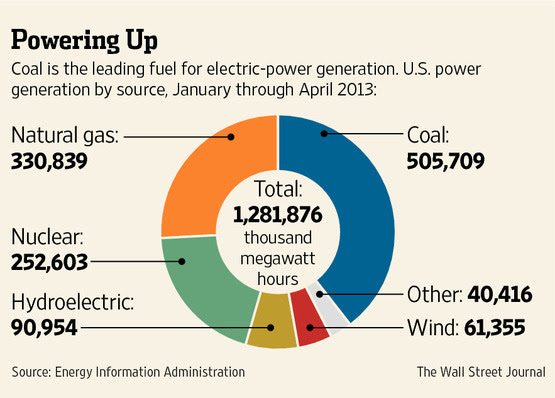 Rep. Henry Waxman (D., Calif.), the top Democrat on the House Energy and Commerce Committee, said, "It is important for the president to act because the Congress is still denying the science and is not about to pass any legislation."
Industry has warned that tough new guidelines could lead to the retirement of a large number of coal-fired power plants, which could raise questions about electricity reliability. Many utility executives also say that new rules, by knocking relatively cheap coal off the grid, will lead to higher electricity prices that will disproportionately affect lower-income families.
Tom Kuhn, president of the Edison Electric Institute, said the electric-power industry "has long understood the importance of addressing climate change," and has been working for years to clean up the industry. Of the prospective new rules, he said his trade group will be "considering whether they mesh well with this ongoing transition, contain achievable compliance limits and deadlines, and minimize costs to customers."
Environmentalists were cheered by the prospect that Mr. Obama will tackle power-plant emissions. Frances Beinecke, the head of the Natural Resources Defense Council, said the power sector could cut its emissions by about one-quarter with this approach, meaning the U.S. could cut its total emissions by 10%.
The rules are almost certain to bring legal challenges, but even without that the process is lengthy. The Environmental Protection Agency must first complete rules for new power plants, which have been in the works since 2011. In draft form, those rules essentially blocked the construction of new coal-fired plants. Once the draft rules are finished, environmental lawyers say, the EPA would need until at least late 2014 to propose and make final rules for existing plants.
What's more, the rules would be merely guidelines for states to draw up their own plans for restricting greenhouse gases. Allowing a year for that—plus more time for the EPA to rewrite state plans if it is dissatisfied with them—means the process could easily stretch out to the end of Mr. Obama's second term and beyond.
In much the same way that states have opted out of some parts of Mr. Obama's health-care law, states that have a rationale to resist new power-plant guidelines could push back against them, said Jeff Holmstead, a former top EPA official under President George W. Bush and now a partner at Bracewell & Giuliani LLP.
"EPA's guidelines have no legal effect on any particular plant, and they don't really legally bind the states," Mr. Holmstead said.
Environmental groups say EPA guidelines could give states a variety of ways to lower power-sector emissions, including energy efficiency, more renewable energy, and more efficient plants.
Environmentalists have been pressing Mr. Obama to target coal-fired power plants. Those calls have gained in urgency in recent months as an uptick in natural-gas prices has led to a revival of coal use in power generation.
Republicans say any discussion of rules for existing plants is premature because the new standards aren't complete. During confirmation hearings for Gina McCarthy, an EPA official nominated to lead the agency, Sen. David Vitter (R., La.) pressed her on this point, and Ms. McCarthy responded in writing, "EPA is not currently developing any existing source GHG [greenhouse gases] regulations for power plants."
In light of such comments, Mr. Obama is expected to avoid specifics when discussing his vision for existing power plants, but he is still hoping to assuage environmentalists who fear the president may be planning to approve the Keystone pipeline.
Tom Steyer, a wealthy investor and a leader of the anti-Keystone movement, said if that is the bargain the president is offering, environmentalists wouldn't accept it. Environmental groups "are getting something that they were always going to get anyway" on power plants, Mr. Steyer said.
Posted by MS at 1:04 PM