The 'Social Cost of Carbon' Gambit

WSJ.COM 6/28/13: President Obama unveiled his vast new anticarbon-energy agenda this week, which he plans to impose by executive fiat. Crucial to pulling off this exercise is a decision the federal bureaucracy made last month to change the way it accounts for carbon emissions—a decision that received almost no media attention.
In late May the Administration slipped this mickey into a new rule about efficiency standards for microwaves, significantly raising what it calls the "social cost of carbon." Team Obama made no public notice and invited no comment on this change that will further tilt rule-making against products and industries that use carbon energy.
Federal law requires the government to calculate the costs and benefits of its rules and projects. The regulatory agencies are expert at rigging these calculations, but even they haven't been able to hide the enormous costs of President Obama's regulations under traditional economic measurement. The Administration's solution? Simply redefine the economic and social "benefits" of reducing carbon. 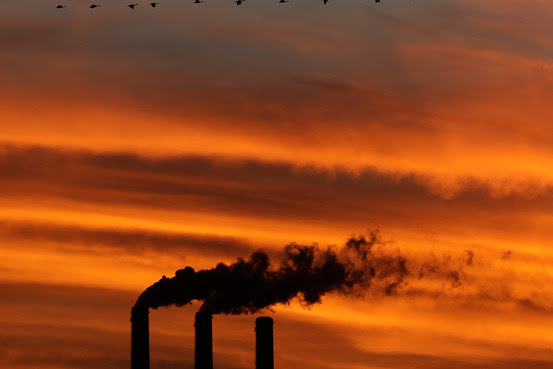 And sure enough, in 2010 an interagency working group conjured a new way to goose the benefits of regulation. Every metric ton of carbon that was reduced by regulation would suddenly count for $21 in "social benefits." This figure was derived by guesses about how more carbon in the atmosphere may harm everything from agricultural productivity to human health to flood risks. The government's previous official estimate? $0.
The Administration has now gone further as part of its microwave rule and raised its estimated benefit from carbon reduction to about $36 a metric ton. The Department of Energy explained that this "update" was the result of new assumptions based on "the best available science," which means whatever science the feds decide to favor. The practical effect is to further inflate the supposed benefit of new rules, thereby offsetting the enormous economic costs. 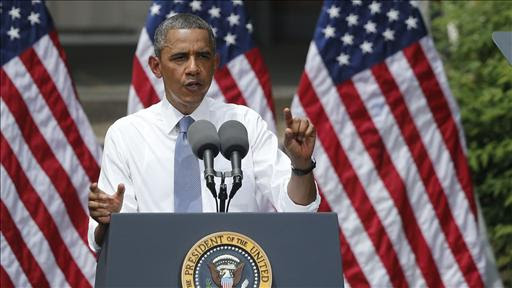 Americans for Prosperity President Tim Phillips on how voters are responding to President Obama’s climate change plan.
All of this was neatly illustrated in a 2011 paper by Michael Greenstone, a former White House economist, who helped to dream up the initial 2010 figure. Mr. Greenstone analyzed the Administration's new fuel-efficiency standards and admitted that under traditional economic analysis they were a net loser. They'd cost industry and consumers $350 billion, while providing benefits (less pollution, more energy security and less congestion) of only $277 billion. Yet conjure up another $177 billion in supposed new social benefits from less carbon, and—voila!—the costs of the new rule would be more than offset.
All of this is prelude to the coming regulatory onslaught on carbon energy and electricity production. The social-cost gambit will allow the Administration to claim an enormous economic benefit for any greenhouse gas regulation that reduces carbon—such as new standards on existing coal plants (new plants are already being regulated out of existence), oil refineries or lawn mowers.
This will also help to disguise the net cost of these rules in lost jobs, higher energy prices and less consumer choice. The new social-cost calculation could also be used against projects like the Keystone XL pipeline, claiming they impose too high a "social cost" by assisting the production of carbon energy to justify approval.
Republicans are slowly figuring out what's going on here, and Senator David Vitter of Louisiana has sent a letter to the EPA, Energy Department and White House budget office demanding the details of its social-cost modeling.
Laurie Johnson, chief economist for climate at the Natural Resources Defense Council, says the social cost of carbon ought to be as high as $266 a metric ton. If the cost can be whatever some regulator claims, based on pressure from some green outfit or competing energy lobby, the government has the power to put any fossil-fuel industry out of business whenever it feels like it.
All of this is profoundly undemocratic. Congress has never legislated that there are social costs to carbon emissions, much less how to measure them. Mr. Obama couldn't pass his anticarbon agenda through Congress in his first two years even with a Democratic supermajority. He's now trying to impose it by regulation, and to do so he's rigging the rule-making with inventions like the "social cost of carbon." Someone needs to impose a political cost on Mr. Obama's arbitrary rule by regulation.
Posted by MS at 7:31 AM