Warmists now complain that cold summers could last another 10 years

The warmists are now complaining about "awful" summers in Britain with "below-average temperatures and sunshine, and above-average rainfall" that could last "until 2023." This follows their prior complaints about potentially deadly summer heatwaves, and that alleged warming would cause above-average rainfall.


Britain's spell of awful summers is set to continue 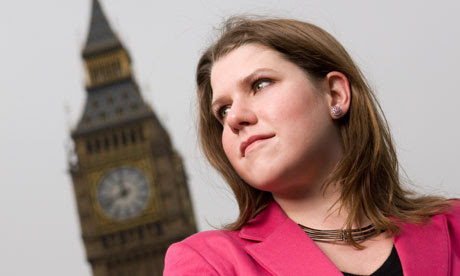 Jo Swinson's proposals aim to combat appeals which 'end up being unnecessarily lengthy and costly.' Photograph: Rex Features
Don't worry, summer is on its way – but you might have to wait until 2023.
As the prospect of another gloomy Glastonbury and wet Wimbledon looms, leading climate scientists have warned that the UK could be set for a further five to 10 years of washout summers.
The grim conclusion was delivered after an unprecedented gathering of scientists and meteorologists at the Met Office in Exeter to debate the range of possible causes for Europe's "unusual seasonal weather" over recent years, a sequence that has lasted since 2007.
Many will have hoped for news of sunnier times ahead. But after experts brainstormed through the day they delivered the shock finding that the UK could be in the middle of a 10-20 year "cycle" of wet summers. The last six out of seven summers in the UK have seen below-average temperatures and sunshine, and above-average rainfall.
Stephen Belcher, head of the Met Office Hadley Centre and professor of meteorology at the University of Reading, stressed that the finding was not an official long-term forecast and does not automatically mean the UK will now have a further decade of wet summers. But, he said, the scientists' conclusion was that the chances of this occurring are now higher than they first thought.
"Predicting when this cycle will end is hard," said Belcher, who led the meeting of 25 scientists. "We have seen similar patterns before – in the 1950s and the 1880s – and we have hints that we are coming towards the end of this current cycle. However, it might continue for the next five to 10 years. There is a higher probability of wet summers continuing. But it's very early days in trying to understand why this is happening."
The scientists must now address what "dynamical drivers" are causing this cycle, Belcher said. The meeting debated a range of possible interconnected reasons for the unusual weather of recent years, including this year's cold spring and the freezing winter of 2010/11. The most likely cause for the wet summers, he said, was the Atlantic multi-decadal oscillation, or AMO, a natural pattern of long-term changes to ocean currents.
Other candidate causes that could be "loading the dice", as Belcher described it, include a shift in the jet stream, solar variability and fast-retreating Arctic sea ice. Aggravating all of these factors could be the influence of anthropogenic greenhouse gases entering the atmosphere.
Dr James Screen, who studies how melting sea ice impacts on the jet stream at the University of Exeter, said: "There has been a lot of talk about declining Arctic sea ice playing a role in our weather patterns, but really that's just one aspect of changes in the Arctic climate – which has seen rapid warming compared to other parts of the world. Those changes mean there is less of a difference in temperature between the Arctic and tropics, which could impact the position of the jet stream."
The scientists also debated how melting sea ice should be better incorporated into climate models, as well as how observational data – for example, deep-ocean temperatures – could be improved to help their understanding of the potential relationship between climate change and the recent run of inclement weather and record-breaking extremes.
Len Shaffrey, a climate modeller based at the University of Reading who is also currently investigating possible links between Arctic sea ice retreat and European weather, said: "There are some fascinating science questions emerging about the influences on our weather, for example, from natural variations in ocean temperature. There is also some evidence that the record low amounts of Arctic sea ice have influenced patterns of European and British weather, but this evidence is not yet conclusive either way."
The scientific debate about the role of the jet stream – the fast "river" of meandering, 10km-high air which greatly determines UK weather - is intensifying. This week researchers from the University of Sheffield published a study in the International Journal of Climatology showing how "unusual changes" to the jet stream caused the "exceptional" melting of the Greenland ice sheet during the summer of 2012. Scientists say they must now determine what is causing these "displacements", as they are known, in the jet stream.
Tourist bosses were trying to find silver linings. David Leslie, a spokesman for the tourism agency Visit Britain, said people did not come to the UK for the weather alone. "The weather here is as unpredictable as anywhere else," he added.
"The days of the UK being seen as a foggy, wet destination have passed. Hot, cold or mildly pleasant, the weather is not a deterrent for overseas visitors coming here to enjoy Britain's tourism offering, which remains the best in the world."
Posted by MS at 9:31 AM