In the original paper cited below, Loehle notes “The data show the Medieval Warm Period (MWP) and Little Ice Age (LIA) quite clearly.” The plot also shows that the MWP was much warmer than the 20th century. The paper states "The series ends with a downtick because the last set of points are averages that include the cool decades of the 1960s and 1970s.” and  “It is clear that the 1995-year reconstruction shown here does not match the famous hockey stick shape.” 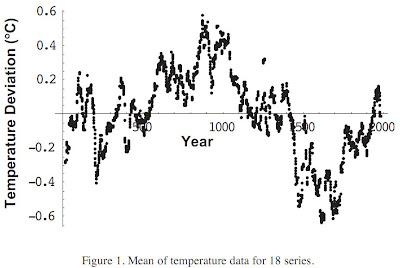 Following the publication of the first article, problems including setting the temperature base year in some cases to 1950 and others to 2000, smoothing errors, and other errors were discovered. Therefore, Loehle and McCulloch published a correction of the original paper, with improved confidence intervals. The corrected series below is very similar to the original, although for data reasons, the last point now represents the 29-year average temperature centered on 1935. 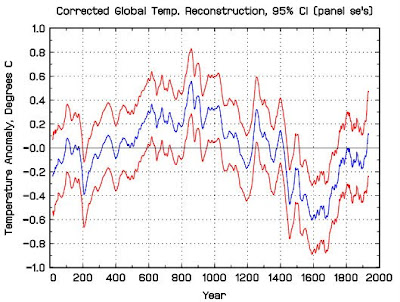