The natural ~60-90 year Atlantic Multidecadal Oscillation [AMO] has been in its positive warming phase since 1976 and after ~30+ years of warming is "pausing" and transitioning to its ~30-45 year negative phase [cooling]: Coincidentally, satellite observations of Arctic sea ice began in 1979 at the start of the positive warming phase of the AMO. The AMO transfers heat from the tropics to the Arctic and melts Arctic sea ice, thus the AMO and Arctic Sea Ice Index are inversely related: 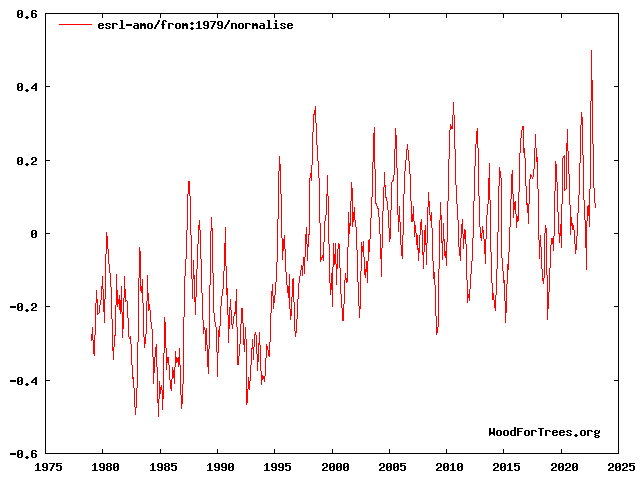 Perhaps this is why Arctic sea ice is having a dramatic recovery this year and is within one standard deviation of the mean: Might this explain why Arctic temperatures have been below the mean every single day during this summer's melt season?: 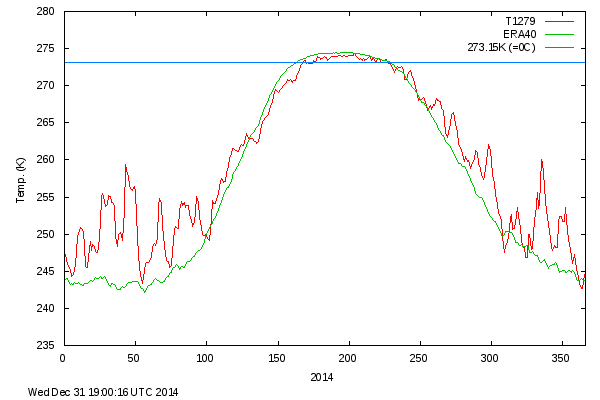 Thanks to the Arctic sea ice recovery and record high levels of Antarctic sea ice, global sea ice is now back to levels seen 35 years ago

The AMO may now be entering a new ~30-45 year negative phase. If this nutty denier theory is correct, Arctic sea ice could continue to recover for the next 30+ years of the negative phase of the AMO, even if you hang on to your dirty carbon-pollution-spewing SUV.

Climate experts claim Arctic sea ice and just about everything else in climate is governed by a man-made CO2 "control knob" and most definitely not related to natural ocean oscillations such as the AMO (which in turn are controlled by solar activity), ocean warming from accumulated solar energy, and storm activity.

The paper adds to many other peer-reviewed publications finding changes in Arctic sea ice are primarily related to natural variability of ocean and atmospheric oscillations, storm and wind activity, and not changes in greenhouse gases.

Satellite data suggest an Arctic sea ice–climate system in rapid transformation, yet its long-term natural modes of variability are poorly known. Here, we integrate and synthesize a set of multi-century historical records of Atlantic Arctic sea ice, supplemented with high-resolution paleo proxy records, each reflecting primarily winter/spring sea ice conditions. We establish a signal of pervasive and persistent multidecadal (~60–90 year) fluctuations that is most pronounced in the Greenland Sea, and weakens further away. Covariability between sea ice and Atlantic multidecadal variability as represented by the Atlantic Multidecadal Oscillation (AMO) index is evident during the instrumental record, including an abrupt change at the onset of the early 20th century warming (ETCW). Similar covariability through previous centuries is evident from comparison of the longest historical sea ice records and paleo proxy reconstructions of sea ice and the AMO. This observational evidence supports recent modelling studies that have suggested that Arctic sea ice is intrinsically linked to Atlantic multidecadal [natural] variability. This may have implications for understanding the recent negative trend in Arctic winter sea ice extent, although because the losses have been greater in summer, other processes and feedbacks are also important.

The AMO, PDO, and NAO have all been linked to solar activity as the driver [possible lunar tidal influence as well].
Posted by MS at 5:58 PM