Dr. Judith Curry: "we are fooling ourselves to think 'CO2 control knob' really influences climate on decadal or even century timescales"

Curry, the climate 'heretic' who converted from warmist to challenging the 'consensus' speaks at National Press Club in DC: 'The main problem is we are putting the policy cart before the scientific horse'
Curry on Eve of NYC UN Summit: 'Relying on global international treaty to solve the problem -- which I do not think would really solve the problem even if it was implemented -- is politically unviable and economically unviable.'
Curry on CO2 control knob: 'Even on the timescale of decade or two, we could end up be very surprised on how the climate plays out and it might not be getting warmer like the UN IPCC says. We don’t know what going to happen. All other things being equal – yes -- more carbon dioxide means warmer, but all other things are never equal. We just don’t know. I think we are fooling ourselves to think that CO2 control knob really influences climate on these decadal or even century time scales.'
Curry on intimidation: 'If I were nontenured scientist, I would fear for my job! But I am a senior scientist with retirement in my sight, so I can afford to do what I want, say what I think.'


By: Marc Morano - Climate DepotSeptember 16, 2014 5:49 PM
Climate Depot Exclusive
Climatologist Dr. Judith Curry, who was until recently the Chair of School of Earth & Atmospheric Sciences at Georgia Institute of Technology, detailed her conversion from a scientist who accepted the global warming “consensus” on man-made global warming to one who now openly challenges it. Curry spoke at the National Press Club in Washington DC on September 16 at an event sponsored by the George C. Marshall Institute. 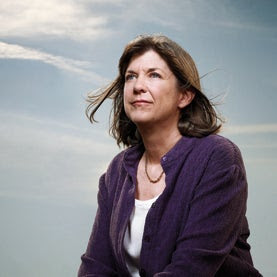 Curry warned of possible global cooling. “We also see a cooling period starting around the turn of the (21st) century.” She also suggested that the “current cool phase will continue until the 2030s.”
“Even on the timescale of decade or two, we could end up be very surprised on how the climate plays out and it might not be getting warmer like the UN IPCC says,” Curry noted.
“We don’t know what going to happen. All other things being equal – yes — more carbon dioxide means warmer, but all other things are never equal,” she emphasized.
“We just don’t know. I think we are fooling ourselves to think that CO2 control knob really influences climate on these decadal or even century time scales,” she added.
“I view the [climate change] problem as a ‘big wicked mess,” Curry told the crowd at luncheon assembled. “The main problem is we are putting the policy cart before the scientific horse,” Curry said.
Curry believes the United Nations has distorted the research of global warming and shifted too much on carbon dioxide as the “control knob” of the climate system. “Climate scientists have focused primarily on greenhouse gases,” Curry noted, linking that focus on the IPCC’s focus and the funding streams available to scientists who focus on CO2.
“Other factors relatively neglected,” Curry declared. “The early articulation of a preferred policy option by the UN framework marginalized research on broader issues surrounding climate change and resulted in an overconfident assessment of the importance of greenhouse gases in future climate change and stifled development of a broad range of policy options.”
UN Treaty Futility
Curry also dismissed the UN global climate treaty process. “Relying on global international treaty to solve the problem — which I do not think would really solve the problem even if it was implemented – is politically unviable and economically unviable.  [Also see: Climatologist Dr. Judith Curry: ‘I don’t think anyone can credibly argue that CO2 reduced under Obama’s plan will change or improve the climate’]
Curry told of her conversion and how she ended up disillusioned with the so-called “consensus.”
“Prior to 2005, I was comfortably ensconced in academia,” Curry noted and discussed how she grew increasingly “uneasy about how the UN IPCC dealt with uncertainty.”
Curry’s turning point was the Climategate email controversy in 2009. She said she was disappointed at the “lack of transparency” and the ‘silence” of many of her colleagues about the behavior of the upper echelon of the UN scientists revealed in the emails. [See: She was once dubbed the “high priestess of global warming” and now freely admits to being “duped into supporting the UN IPCC.” Chatting With ‘A Climate Heretic’: Climatologist Dr. Judith Curry reverses belief in AGW – Climategate ‘triggered a massive re-examination of my support of the IPCC, and made me look at the science much more skeptically’]
(Curry now testifies to Congress about her skepticism of the “consensus.” [See: Climatologist Dr. Judith Curry’s at Senate hearing: ‘Attempts to modify the climate through reducing CO2 emissions may turn out to be futile’ – UN IPCC now making ‘a weaker case for anthropogenic global warming’]
Curry showed the headline from Scientific American termed her a “heretic” and the headline blared: ‘Climate Heretic’: ‘Judith Curry Turns on Her Colleagues’

Screen capture of November 2010 Scientific American article.
“By that time I had becoming increasingly skeptic of the UN IPCC,” she noted. [See: Curry: ‘If the IPCC is dogma, then count me in as a heretic’]
Crushing of Scientific Dissent
Curry spoke of the “intolerance of dissent” and attempts to silence skeptic in the global warming discussion today. “President Obama said in his State of the Union address, ‘we don’t have time for a meeting of the flat earth society.’” [See: Climatologist Dr. Judith Curry: ‘I am mystified as to why Obama and John Kerry are making such strong (and indefensible) statements about climate change’]
She called claims of a 97% consensus “deeply flawed.”
“You cannot even talk about these kinds of issues in the mainstream climate debate. We get called ‘deniers’. This is a very sad state of affairs,” she noted.
“Careerism is a big problem. It much more beneficial to join the dominant paradigm, rather than to fight against it,” Curry explained.
“If I were nontenured scientist, I would fear for my job! But I am a senior scientist with retirement in my sight, so I can afford to do what I want, say what I think.”
“I no longer write government grant proposals. I have lot more independence. I truly feel liberated by not having to chase dollars,” she added.
Curry lamented the current state of academia. “There is a system in place with an emphasis on paper counts, an emphasis on dollars, and it is very difficult to dig in and work on hard problem. You have got to keep cranking it out. I really despair. I really despair,” she said.
“I see more of our graduates going into private sector rather than academia,” she added.
Curry was optimistic about how the internet is changing things for the better. “Social media is changing things like crazy. The whole emphasis on peer review being challenged by social media and open access journals. The whole dynamic of research and higher academia is changing for the better,” she explained.
“I was on that treadmill, I am mostly off it now and it is very liberating to be off that treadmill,” she added.
Severe Weather
Curry also challenged the notion that there was more “extreme weather” today. “Much of the severe weather we think we are seeing right now — you look back to the 1930 and 1950s and this is what we were seeing also. This is weather amnesia,” she noted.
“Sandy was a category one, when it struck. There is nothing exceptional about a category one hurricane striking New York City. What was exceptional was the damage and this was associated with extreme wealth and development in that region,” she said.
“We have seen that the hurricane landfalls have become fewer in last few decades overall. So you cannot blame it on global warming,” she said.
Sea Level Rise
Curry downplayed sea level rise fears. “If you look back to the 1930 and 1940s, the rate of sea level rise was at least as large as recent values when there was little contribution of human caused warming.”
“Bangladesh, this is the poster child for sea level rise – has an estimated only 10-15% of their sea level rise associated with warming, the rest of it is associated with land use issues and geological issues. So trying to cure the sea level problem by reducing warming — even if that were possible — is only going to address a fraction of the sea level rise issue,” Curry said.
She also laughed about the growing number of excuses (currently at 52) for the global warming ‘pause‘, approaching 18 years according to satellite data.
Related Links:
Climatologist Dr. Judith Curry calls for abolishing UN climate panel: ‘We need to put down the UN IPCC as soon as possible’ — ‘As temperatures have declined and climate models have failed to predict this decline, the IPCC has gained confidence in catastrophic warming’
Judith Curry, Professor and chair of the School of Earth and Atmospheric Sciences at the Georgia Institute of Technology: ‘Given the widespread nature of the infection and intrinsic motivated reasoning.  We need to put down the IPCC as soon as possible’
Key Points: There is a ‘growing realization that you can’t control climate by emissions reductions’
‘Consensus police’: Climatologist Dr. Judith Curry reveals scientists trying to ‘stifle skeptical research’: ‘Scientists strongly encouraged my colleague NOT to publish this paper, since it would only provide fodder for the skeptics’
Climatologist Dr. Judith Curry: ‘What we are seeing is natural climate variability dominating over human impact’
Posted by MS at 3:13 PM