From the Annals of Failed Global Warming Predictions: Global cooling


That now failed 2009 headline is from Duncan Clark in the Guardian. 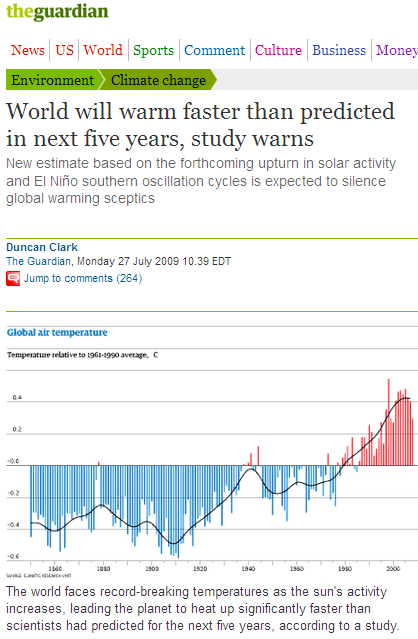 The authors of this alleged "skeptic silencing" paper were Judith Lean [of "Judithgate" fame] and David Rind of NASA GISS, who very confidently predicted global temps would warm 0.15C plus or minus 0.03C [i.e. warm from 0.12C-0.18C] during the five year period 2009 to 2014.

The trend in observations from the following datasets show that over the five years 2009-2014, the globe instead cooled by: 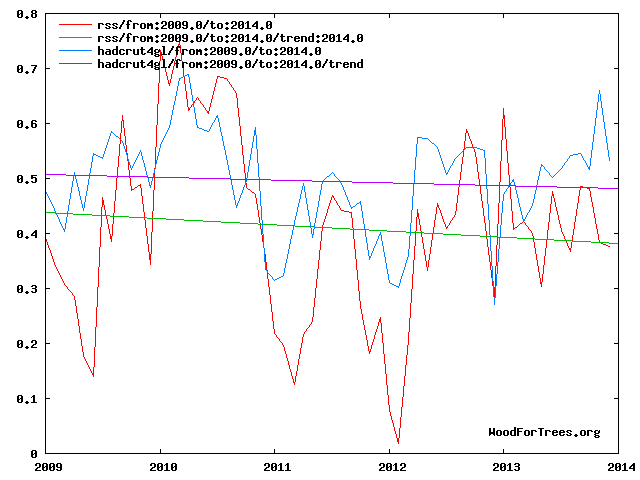 Ironically, this paper which was claimed by the Guardian rag in 2009 to "silence global warming skeptics" was not only wrong about the predicted anthropogenic warming, but also [possibly correctly] predicts that low solar activity will lead to a "pause" in warming from 2014-2019.