The correspondence demolishes the claim of Ji et al that "the global climate has been experiencing significant warming at an unprecedented pace in the past century" as well as the reliability of the HADCRU database to determine global temperature trends of the past 164 years. According to the authors, conclusions about global temperature change cannot be reliably determined prior to the 1950's due to the poor spatiotemporal coverage prior to the 1950's and trends determined from the early HADCRU data are "meaningless and "artificially flattened."

Likewise, all climate model "tuning" based on the "meaningless" global temperature trends prior to the 1950's are therefore "meaningless" GIGO as well.

Consequently, the temporal auto-correlation of such time series is artificially high, and the climatic variability they portray for the early decades of the record is meaningless.

"...strongly suggests the absence of a trend over the first half of the 20th century in many tropical and Arctic regions can be attributed to the lack of climatic information and the corresponding flattened time series..."

"...we suggest that it is very likely that the spatiotemporal temperature patterns described in Ji et al are strongly contaminated by the spatial and temporal heterogeneities of the CRU database."

"...this problem affects the whole analysis."

"If the aim is global coverage, the optimal period should not start before the 1950's, although this would compromise the authors' aim to capture long-term trends."

Excerpts from the Nature Climate Change, followed by 2 posts from StevenGoddard.wordpress.com, which illustrate the problems the authors are referring to in the HADCRU record, such as Phil Jones' and HADCRU ridiculous extrapolation of a single thermometer in Tasmania at the beginning of the HADCRU record in 1850 as representing the entire Southern Hemisphere, and with one-thousandth of a degree precision! 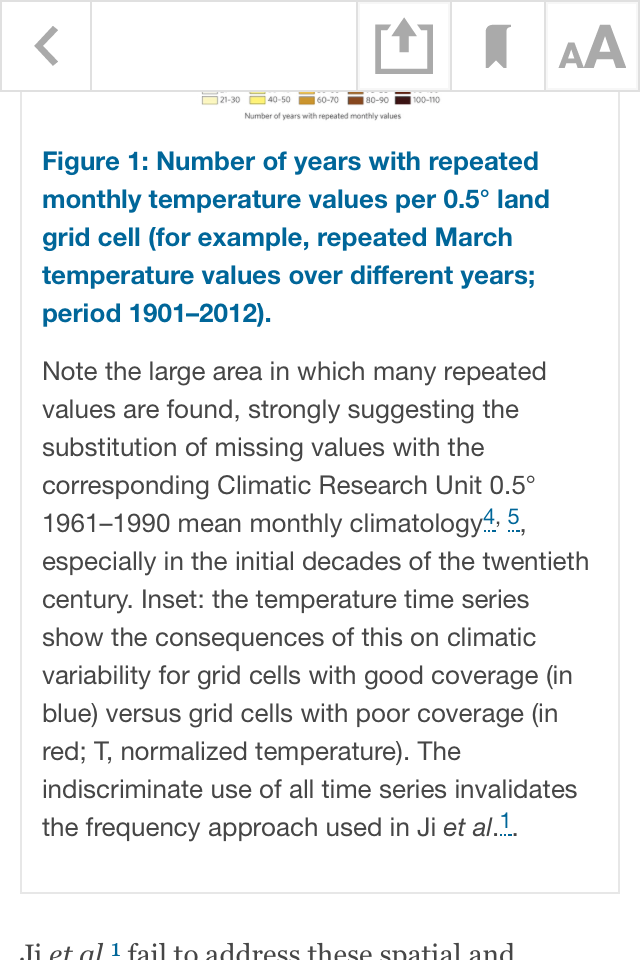 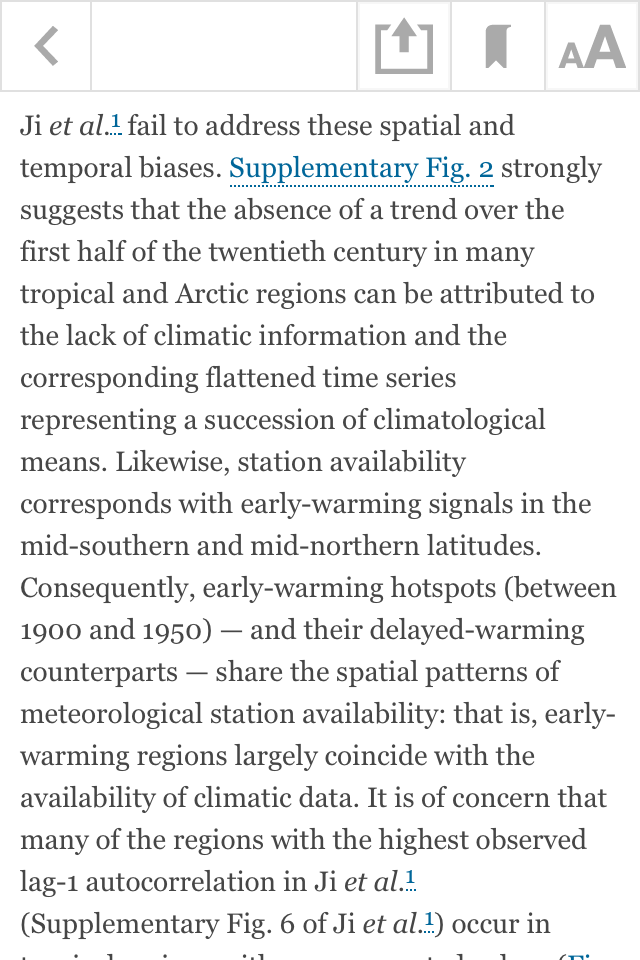 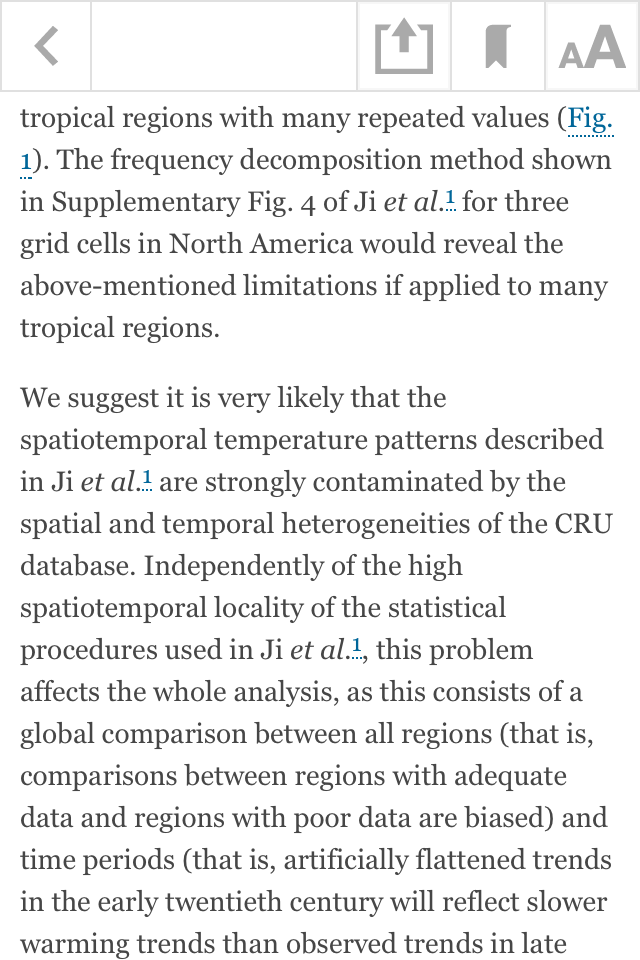 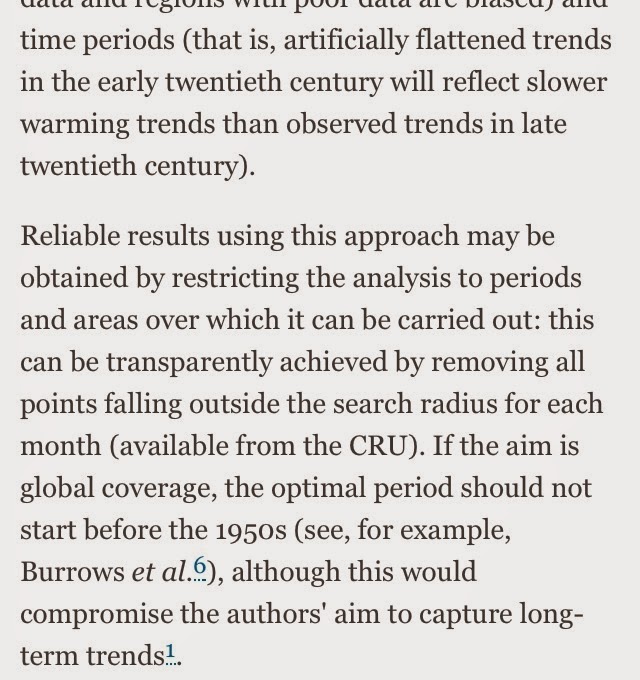 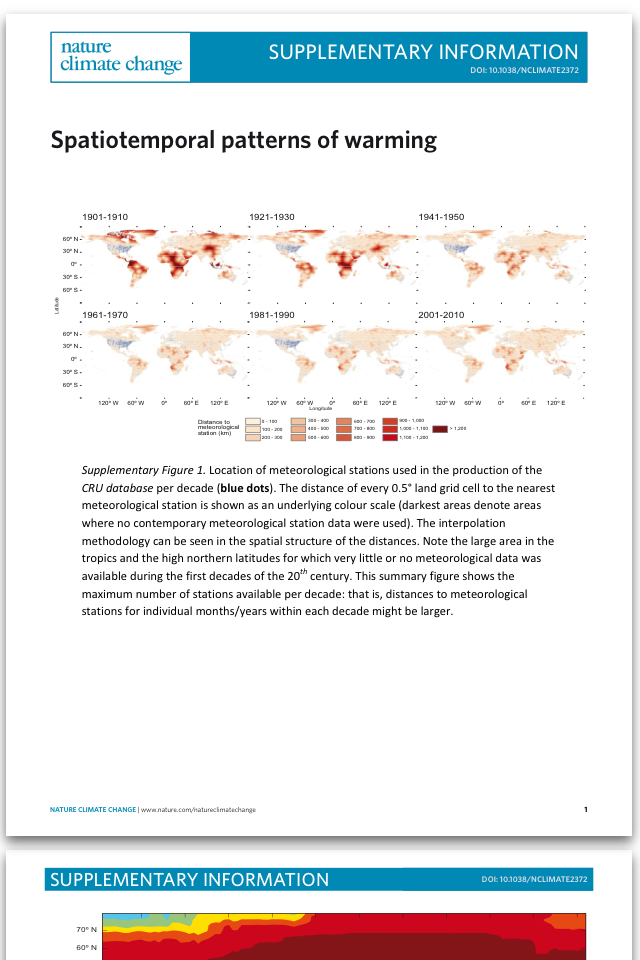 August, 1850 Was 1.182 Degrees Below Normal In The Southern Hemisphere

Posted on July 10, 2013by stevengoddard
CRUTEM3v – August 1850. Phil Jones had only one thermometer record for the entire southern hemisphere (located in Tasmania) and was able to precisely calculate the hemispheric mean temperature anomaly of -1.182

Posted on September 2, 2012by stevengoddard

Phil Jones was able to determine the 1850 southern hemisphere temperature to three digit precision, from a single thermometer in Tasmania. The graph above shows the complete time series since 1850 for Tasmania.
Posted by MS at 4:15 PM