A paper published today in Advances in Space Research finds the current solar cycle has "an unprecedented solar minimum long duration 2006-2009 that led to a prolonged galactic cosmic ray (GCR) recovery to the highest level observed in the instrumental era." The authors believe a long-term decrease in solar activity is underway to a Dalton-like Grand Minimum in the middle of the 21st century.

If so, and if man-made CO2 has any significant warming effect, we ought pump out CO2 as fast as possible to offset a potential 2nd Little Ice Age in the mid-21st century.

The descent of [current] sunspot cycle 23 to an unprecedented minimum of long duration in 2006–2009 led to a prolonged galactic cosmic ray (GCR) recovery to the highest level observed in the instrumental era for a variety of energetic charged particle species on Earth, over a wide range of rigidities. The remarkable GCR increase measured by several ground-based, balloon-borne, and detectors on a satellite is described and discussed. It is accompanied by a decrease in solar wind velocity and interplanetary magnetic field at 1 a.u., reaching the lowest values since measurements of the solar wind began in October 1963; the solar polar field strength (μT) measured at the Wilcox Solar Observatory (WSO) is also significantly reduced compared to prior cycles since the start of the program in 1976, the polar field in the northern hemisphere reversed in June 2012 and again in February 2014, that in the southern hemisphere reversed in July 2013. If updates of WSO data confirm the second reversal in northern solar hemisphere, it would pose a serious challenge to the Dynamo Theory. The long-term change in solar behavior may have begun in 1992, perhaps earlier. The physical underpinnings of these solar changes need to be understood and their effect on GCR modulation processes clarified. The study discusses the recent phenomena in the context of GCR modulation since 1900. These happenings affected our empirical predictions for the key parameters for the next two sunspot cycles (they may be progressively less active than sunspot cycle 24) but it enhanced support for our prediction that solar activity is descending into a Dalton-like grand minimum in the middle of the twentyfirst century, reducing the frequency of the coronal mass ejections; they determine the space weather affecting the quality of life on Earth, radiation dose for hardware and human activities in space as well as the frequency of large Forbush decreases at 1 a.u. 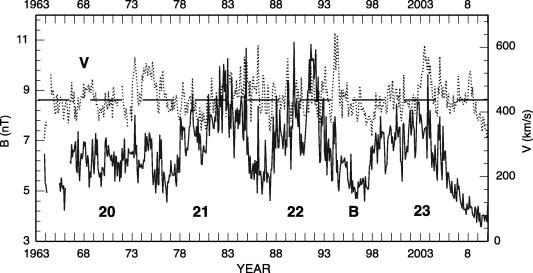 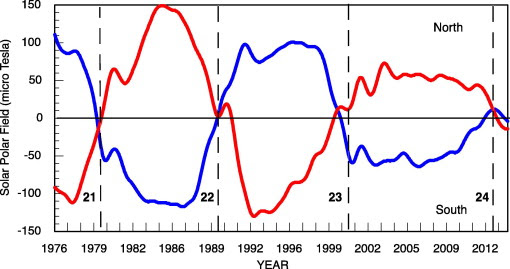 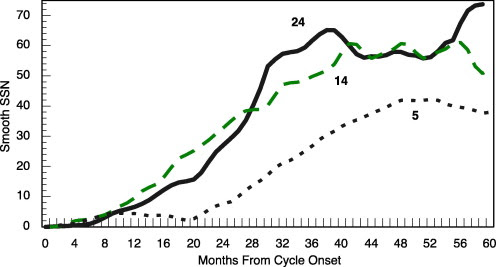