Austrian Alps Glaciers Have Almost Disappeared Due to Abnormal Warmth! 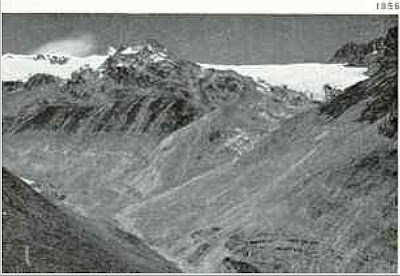 (above photo from 1956 in National Geographic of the (melted) intersection of the Hintereisferner and Kesselwandferner glaciers, and photo below from August 2003) 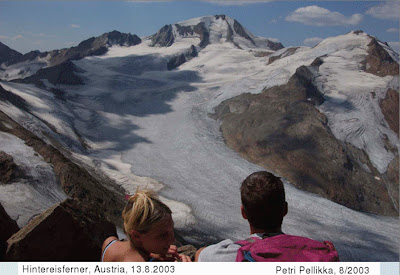 From the National Geographic Article November 1976 "What's happening to our climate?" showing the melting of the glaciers due to the "abnormal warmth" of the 1940's, followed by the abnormal cooling from the 1940's to 1970's 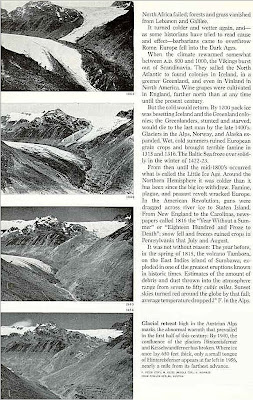 (click on image to read caption at bottom right)

The most recent studies by researchers at ETH Zurich show that in the 1940s Swiss glaciers were melting at an even-faster pace than at present. This is despite the fact that the temperatures in the 20th century were lower than in this century. Researchers see the main reason for this as the lower level of aerosol pollution in the atmosphere...

Huss points out that the strong glacier melt in the 1940s puts into question the assumption that the rate of glacier decline in recent years “has never been seen before”. “Nevertheless”, says the glaciologist, “this should not lead people to conclude that the current period of global warming is not really as big of a problem for the glaciers as previously assumed”. This is because it is not only the pace at which the Alpine glaciers are currently melting that is unusual, but the fact that this sharp decline has been unabated for 25 years now.
Additional Information on glacier monitoring
See Hide The Decline for more on revisionist climate history
Posted by MS at 9:27 AM