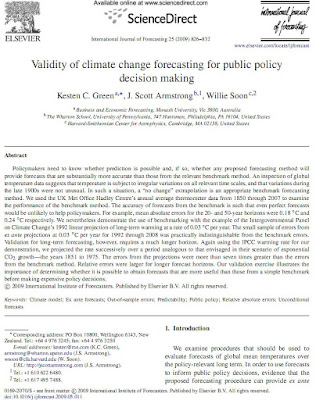 In other words, the IPCC model of climate change forecasting is, as Einstein might quip, "not even wrong". The paper goes on to say, scientist tongue apparently planted firmly in cheek, that "decision makers who had assumed that temperatures would not change [instead of what the IPCC model predicts] would have had no reason for regret".
Posted by MS at 11:09 AM