Climate Sensitivity: which do you believe-models or data?

Climate sensitivity (expected change in global temperature due to a doubling of CO2 levels/Watts per sq meter (°C/(W/m²))) according to actual data:
And according to the fictitious GIGO computer models of:
which incorporate imaginary mystical positive feedback amplification factors as much as 14 times higher (1.135/.08) than what the empirical data shows.
Which do you believe?
From Dr. Roy Spencer's Lecture: (part 2) 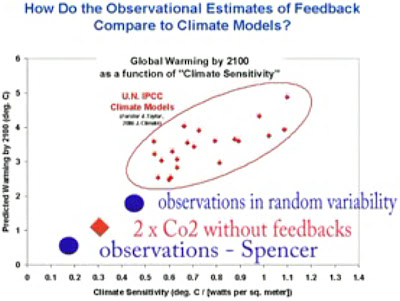 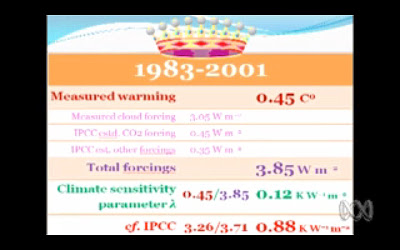 (Note some figures approximated from graphs. Note any sensitivity number less than the 0.3 °C/(W/m²) derived from spectroscopic data implies that the net feedback is negative not positive)

Related: Climate models and the laws of physics